NAGAON, Feb 24: In an alleged firing carried out by motorcycle-borne miscreants in broad daylight, a businessman was injured near Nagaon Polasani area while he was on his way back to home from Rupahihat bazaar on Monday.

The incident came into light only after when the victim arrived at Nagaon Itachali town Outpost and informed the police. The victim was immediately admitted to Nagaon BP Civil Hospital later at night.

According to sources, the victim has been identified as Pranab Nath of Dhing. Significantly, the victim claimed it as an incident of firing, but the evidence gathered by police during investigation witnessed it as just an attack with sharp knife or other weapon rather than with arms for which the entire episode was under doubt till filing of this report.

Speaking to this correspondent, Nagaon Sadar PS Officer-in-Charge Inspector Ashok Kr Dutta said that during investigation, police rushed to the spot and found out that nobody heard any sound of firing as claimed by the victim. Besides, no cartridge has also been found on the spot. 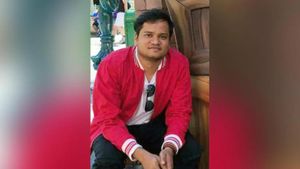