Human greed has been the biggest factor in the extermination of many wildlife species over the centuries. Disturbingly, the ominous trend has hardly shown any sign of abatement despite there now being greater realization about the urgency of conserving nature’s fauna and flora for mankind’s own well-being. Indeed, poaching and the thriving illegal trade in wildlife have combined to jeopardize the long-term survival prospects of many species which once used to be abundant in our forests. While poaching of mega animals such as the tiger, rhino or elephant hogs the limelight, the unabated killing and capture of a wide variety of lesser animals rarely elicit any response, going on almost unnoticed. All species are intrinsically linked to the complex web of life and putting a majority of those off the scheme of conservation will frustrate its very objective. While the demand for tiger body parts, rhino horn and ivory in the illegal wildlife trade is well-known, not many would be aware that body parts of leopards, owls, tokay geckos, pangolins, monitor lizards and spiny-tailed lizards, deer antlers, turtle shells, musk pods, bear bile, snakeskin and mongoose hair are equally sought after.

It is against this backdrop that concerted action is required to check the flourishing illegal global trade in wildlife body parts and products. While a sustained crackdown on the thriving wildlife crime syndicates is a must, what tends to weaken the fight against the scourge is the lack of sensitization on the part of the law enforcing agencies and other stakeholders which take a casual view of this appalling crime against wildlife. These nefarious syndicates are powerful and operate globally and a matching response has to put adequate emphasis on sensitization and coordination among all the stakeholders such as police, transporters, etc., for efficient dealing with wildlife crime and detecting wildlife products. The transport sector, for instance, holds the key in curbing wildlife crime by intervening in the supply chain of illegal wildlife trade through proper detection. Railways have emerged as a major mode of transportation of illegal wildlife parts and products. It is good that Wildlife Crime Control Bureau in association with conservation group Aaranyak has started a series of workshops with various stakeholders to help check wildlife crime cases. This needs to be sustained so that there is enhanced understanding on the issues involved, resulting in proper awareness and action. 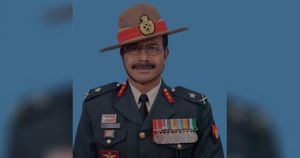