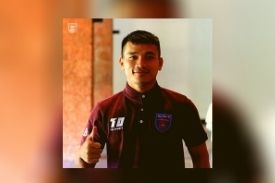 GUWAHATI, Feb 2: Yet another young lad from the picturesque tiny hill station of Haflong is trying to make a mark in the league of big men. The 21-year old winger Baoringdao Bodo is with Odisha FC in the current Indian Super League (ISL) season.

But before he joined Odisha FC, Baoringdao made a remarkable debut in the ISL for Chennaiyin FC in 2016. At that point of time, he was the youngest ever to play in the ISL at the age of 17.

And in the next year, at the age of 18, he lifted the ISL trophy for the Chennai based side. Now with Odisha FC, though the nippy winger hasn’t got much time in the field, he is waiting for the right moment to grab his chance and prove his worth.

“As a young player, you may not get many opportunities at the top level. I have to be mentally strong and stay focused. I am waiting for my opportunity and once I get that I have to grab,” Baoringdao told The Assam Tribune during an interview.

“My journey in the ISL till now is full of ups and downs like every footballer. I am lucky enough to get this experience in such a young age and play with some of the best in the business.”

Baoringdao, often referred to as ‘Indian Neymar’ for his playing style, has played for the India U-19 team and also captained the U-17 side. And when it comes to playing for the senior national side, the soft-spoken player said: “Life is a journey. I think, we need to be patient. Everyone is working hard. You may not get a chance easily but you should not give up. Need to have faith on God and keep working hard. I have a long way to go. I have the dream to represent the senior national team. I have to keep playing football for another 12 to 15 years. So, I need to be fit and look after my body.”

He was the youngest amongst the select group of five All India Football Federation (AIFF) elite academy prospects, who were sponsored on a developmental stint to FC Metz’s academy in France by Chennaiyin FC.

“I was lucky enough to experience that. It’s a great place. Thanks to AIFF and Chennaiyin FC for sending me there. Though it was for a short period of time, I could learn many things. After returning from there I felt confident and was a better player technique wise. The training and the professionalism there was far better than what we have here,” Baoringdao reckoned.

He played two matches for Chennaiyin FC during their title-winning 2017-18 campaign and later he joined Kerala Blasters FC in January 2019. Looking back at the journey, Baoringdao said that lifting the ISL trophy at the age of 18 has been the biggest moment for him. “There are many moments which I cherish but yes to have lifted the trophy (ISL) at the age of 18 was a great moment for me,” he added.

A huge fan of Cristiano Ronaldo, Baoringdao attempts to follow the Juventus star. “There are many players but Ronaldo is different by many standards. His mentality and the way he works hard – he is in another level.” 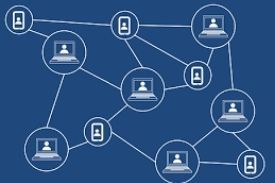