Meerut (Uttar Pradesh), Feb 5: In a shocking incident, an assistant teacher allegedly thrashed the principal of a government inter-college for not being allowed to put his signature first on a register since that determines the seniority level.

The principal, Mahender Singh, of Kisan Inter-College has been admitted to a hospital with injuries on the face.

The incident took place on Wednesday.

According to reports, the principal had followed government guidelines which states that in case two persons have been appointed teachers on the same date, seniority will be determined by the teacher's age.

Assistant teacher, Amit Kumar, wanted to sign first on the register though he was younger to another teacher.

Daurala station in-charge Kiran Pal Singh said, "The accused Amit Kumar has been booked under IPC sections 323 (voluntarily causing hurt), 504 (insult and provocation) and relevant provisions of the SC/ST Act. He has been arrested and sent to jail."

Meanwhile, the education department has suspended the accused teacher.

G.K. Chaudhary, district inspector of schools, said "In case there was a dispute, we should have been informed and we would have investigated. Resorting to violence against a principal cannot be tolerated." 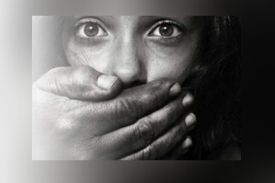