GUWAHATI, Jan 17: Tributes were paid to the hallowed memory of Rupkonwar Jyotiprasad Agarwala on the occasion of his 72nd death anniversary across the State today.

In the city, various organisations observed the occasion as Silpi Divas through different programmes in a befitting manner.

The All Guwahati Students’ Union (AGSU) in its programme held at Swahid Nyas Bhawan recalled the contributions of the multi-faceted personality who had enriched Assamese social life through his stellar contributions in various literary genres.

The day’s proceedings were started by eminent singer Manisha Hazarika by lighting the ceremonial lamp. She dwelt at length on the contributions made by the luminary.

The function held on the occasion was compered by Tutumoni Choudhury, general secretary, AGSU. A number of representatives from various units of the students union under the AGSU participated in the event.

The open meeting which was attended among others by AJP president Lurinjyoti Gogoi, working president Pabindra Deka and general secretary Jagadish Bhuyan. The speakers paid homage to the memory of the cultural doyen and highlighted various facets of the genius.

At another memorial function held under the joint auspices of Brihattar Panjabari Sahitya Sabha (BPSS), Baghorbori Mahila Samanway Parishad, Panjabari Senior Citizens' Association and a few other socio-cultural organisations, tributes were paid to the legend’s memory.

Writer Bhanu Deka while addressing the meeting as appointed speaker described Jyotiprasad as a towering figure of the 20th century who revolutionised the Assamese young generation during the British occupation.

Deka dwelt at length on the universal appeal of Jyotiprasad’s literary creations including songs and drama and highlighted the emotional richness of his bold compositions. She said that Jyotiprasad approximated competency and the intellectual and emotional brilliance of the great European renaissance poet- thinker Leonardo da Vinci.

Ranajit Sutradhar, actor and writer, analysed the literary genius of Jyotiprasad and recited a couple of poems by the maestro.

A few choruses featuring Jyoti Sangeet were presented by the women members under the leadership of Urmila Chakravarty.

Sahityarathi Sahitya Sabha, Batahghuli, Panjabari, also observed the day at Batahghuli LP School in a befitting manner. Eminent mathematician and science writer Dr Bijoy Krishna Devasarma while recalling the contributions of Jyotiprasad said that he breathed life into the Assamese ethos through his monumental creations.

Club members also paid their homage to the Rupkonwar by means of a group song.

Many upcoming and veteran artistes of the club presented song, dance, and poem recitation written and composed by the Rupkonwar. Accordion recital by Anupam Choudhury, Dr Mirnananda Barthakur’s dance recital and Jyoti Sangeet presented by Bimal Deb Medhi, Rubul Kalita and Gayatri Hazarika were highlights of the programme that enthralled the audience.

Jalukbari Lekhika Samaroh also observed the day with an elaborate programme. Dr Pradip Kumar Goswami inaugurated the proceedings with lighting of the ceremonial lamp before the portrait of Jyotiprasad. Rita Sarma who presided over the proceedings threw light on the life and works of the maestro. Runumi Nath and Rekha Baishya presented Jyoti Sangeet.

Chandrapur Anchalik Sahitya Santha and Chandrapur Sahitya Sabha jointly observed the occasion at Chandrapur. The speakers at the meeting urged the State Government to take concrete steps to preserve the contributions of Jyotiprasad for posterity. Prizes for various competitions held among students earlier were distributed on the occasion.

Tributes were also paid by the Hengrabari Housing Colony Mahila Samaj. President of the Samaj, Golapi Devi led the members and other residents in laying floral tributes. Songs of the Rupkonwar were performed by Gitika Das and Asomi Bora in the programme, which was anchored by Ila Bhuyan, secretary of the Samaj. The vice-president of the organisation Dorin Hazarika also spoke on the occasion. 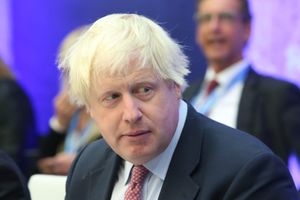