India’s First Labour Movement Museum To Come Up In Kerala

The museum will feature a huge repository of documents and exhibits that shaped the labour movements across the continents and impacted Alappuzha, the cradle of the labour movement in the country, in particular and Kerala in general, state Tourism department said on Sunday.

Located alongside the Port and Coir museums displaying the town’s rich maritime heritage, the Labour Movement Museum, the first such window in the country on the class struggle and spirited fight of workers, is part of a larger project that will also be of tourist appeal, it said in a release.

The museum would be launched as part of the LDF government’s second 100-day programme.

“The New Model Cooperative Society Limited, previously run by the Bombay Company, has been converted into the Labour Movement Museum. It will portray, through pictures, documents and other exhibits, the growth of the world labour movement and the history of Kerala’s labour movement,” the tourism department said.

Packed with history predating the advent of the Western colonialism, Alappuzha had a virtual monopoly over the production and shipping of coir made of coconut husk, a product that had immense global demand. 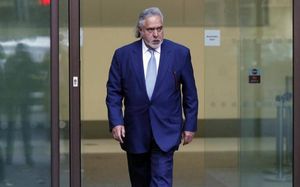