Bangladesh will be the focus country at IFFI 2021

Bangladesh will be the focus country at the 51st edition of the International Film Festival of India (IFFI) this year, the Press Information Bureau said.

The IFFI, which takes place in Goa from November 20-28 every year, was postponed due to the coronavirus pandemic and will now be held from January 16 to 24 in a ‘hybrid’ format.

Four films from Bangladesh – including Jibondhuli and Meghmallar set against the backdrop of the 1971 Liberation War, will be screened at the upcoming film gala as part of the package.

The country recently commemorated the 50th anniversary of its creation.

‘Country in Focus’ is a special segment that recognizes the cinematic excellence and contributions of the country.

Director Tanvir Mokammel’s Jibondhuli is a 2014 drama feature which revolves around a drummer and his family during the 1971 War.

Meghmallar, directed by Zahidur Rahim Anjan, follows an ordinary family that goes through a life-altering experience amid the conflict. The 2014 film is an adaption of writer Akhtaruzzaman Elias’s story Raincoat. It was screened in the Discovery section of the 2015 Toronto International Film Festival.

Two more films – Under Construction and Sincerely Yours, Dhaka – are also part of this line-up.

Under Construction narrates the story of a modern Muslim woman struggling to find herself in the sprawl of urban Bangladesh. Directed by Rubaiyat Hossain, the 2015 film stars Indian actors Shahana Goswami and Rahul Bose.

Sincerely Yours, Dhaka is a collection of 11 gritty shorts centred on Dhaka, the capital city of Bangladesh, and the people living on its margins. 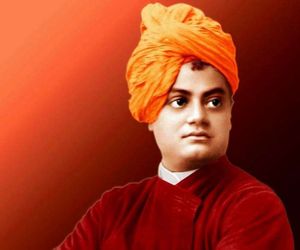 #DidYouKnow Swami Vivekananda had as many as 31 ailments?