This section will carry everything related to Science, Technology, Engineering and Maths (STEM).

The method used to measure temperature has evolved quite recently. The first thermometer-like device was created by the ancient Greeks. It is more precisely known as the thermoscope because it did not have a scale attached to it. Today, the two widely-used scales include the Fahrenheit scale – used mostly in the US and its neighbouring countries, and the Celsius scale, which is used by the rest of the world. There is another more scientific scale called the Kelvin scale which is used mostly by the scientific community.

Firstly, let us talk about the Fahrenheit scale. 15-year-old Daniel Gabriel Fahrenheit lost both his parents to mushroom poisoning and was then sent from Poland to Amsterdam to earn his living by becoming an apprentice bookkeeper. He hated his job and ran away so many times that a warrant was issued against him. It was during this time that while running from city to city within Europe, Fahrenheit met with the mayor of Copenhagen who happened to be the famous astronomer Ole Rømer. In 1702, Rømer was housebound after breaking his leg, and to pass the time, he devised a brand-new temperature scale with the freezing point of water at 7.5 degrees and body temperature at 22.5 degrees. Now, this might seem odd until you consider that Rømer wanted the boiling point of water to be 60 degrees. As an astronomer, he had an experience of dividing things by 60. Fahrenheit learned about this scale and modified it several times to finally obtain the presently used scale. He was an excellent instrument maker and had pioneered the use of mercury to measure temperature. For his accomplishments, he was inducted into the Royal Society where he learnt about works of Newton, Boyle, and Hooke. We do not know for sure if this was the actual story because as an instrument maker, Fahrenheit was very secretive about his methods.

In those days, the Fahrenheit thermometer was the best instrument one could get. But, now, his scale is only used in countries like the US, Cayman Islands, Bahamas, Belize, etc.

Next, we will learn about the Celsius scale, which by the way, wasn’t invented by Celsius.

Ask your IT Guru 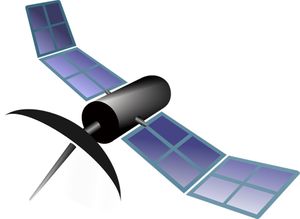 Remote sensing to be used for land survey in Assam

Fibonacci sequence and the plant kingdom

The science of communication