‘Personality’ is a word that we come across every now and then. But, do we have a clear idea about what it actually means? Personality refers to the long-standing traits and patterns that propel individuals to consistently think, feel, and behave in specific ways. According to psychologists, personality is a characteristic way of thinking, feeling, and behaving. They believe personality embraces moods, attitudes, and opinions, and is most clearly expressed in interactions with other people. It includes behavioural characteristics, both inherent and acquired, that distinguish one person from the other.

On the surface, we judge the personality of a person by observing her/his behaviour, temperament, and way of interaction with others. But, such judgements are not always foolproof. In a systematic manner, personality can be determined through a variety of tests. Personality, after all, is a complex idea; the dimensions of personality and scales of personality tests vary and are often poorly defined. Generally, the two main tools to measure personality are objective tests and projective measures. A modern measuring tool that psychologists use is the “16PF”. It measures personality based on “Cattell’s 16 factor theory of personality”. While recruiters use it for the selection of candidates, psychologists use it as a clinical measuring tool to diagnose psychiatric disorders and help with prognosis and therapy planning.

All of us possess certain personality traits that set us apart from others. A mix of good and bad, these traits define how we respond to situations and people. While the most common belief is that these traits remain constant, research proves otherwise. One study concludes that we can change our traits provided we want to change them. So, if you are willing to become the most desirable “you”, here are a few tips:

1: It is important to realise that you bring your self-esteem down by comparing yourself with others. This stunts your personality and does not let your strengths flourish. Understand that every individual is unique and cannot be compared under any circumstances.

2: We are taught to be kind to others. But, we need to be kind to ourselves as well. Self-compassion does not mean letting yourself off the hook. Rather, it means taking corrective action, without being self-critical.

3. Give space to imperfection. Don’t expect perfection everywhere. Find your peace amidst flaws, and you would be on your way to building a formidable personality.

(The writer is a motivational speaker and public relations consultant.) 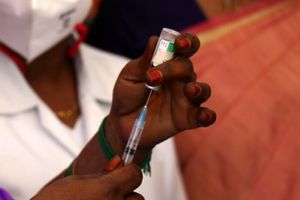 Your best creativity could come from boredom!