Beijing, Feb 2: China says it has lodged a formal complaint with Canada over T-shirts ordered by one of the country’s Beijing Embassy staff that allegedly mocked China’s response to the coronavirus outbreak.

The incident arose after a T-shirt maker posted on the Chinese internet that a staff member from the Canadian Embassy had ordered T-shirts with a bat print. That appeared to reference allegations that the virus developed in China from bats and then spread to humans in the city of Wuhan where infections were first reported in late 2019. Canadian media reports said the logo was a W in homage to the New York hip-hop group the Wu Tang clan and that Ottawa had apologized for any misunderstanding.

China’s government is extremely sensitive to accusations it was the source of the pandemic and failed to respond quickly enough when cases were first reported in Wuhan.

The T-shirts were reportedly ordered last summer and it wasn’t clear if any were still in circulation. – AP Two arrested with huge amount of explosives in Cachar 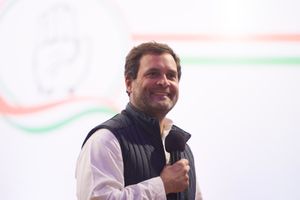 It's our internal matter: Rahul on international celebs supporting farmers