In what is being termed to be a case of human sacrifice, a former principal of a college and his wife allegedly killed their two daughters, who had completed their post-graduation, to death at their home in Madanapalli town of Andhra Pradesh's Chittoor district late on Sunday night.

According to the police, the accused couple Padmaja and Purushottam Naidu killed their daughters Alaikhya, 27, and Sai Divya, 22 with a blunt like object. Naidu was a former principal of a women’s degree college in the town.

On Sunday night, when police raided and forcefully entered the house of the former principal, Alaikhya and Sai Divya were found lying dead.

As per Madanapalli DSP Ravimanohara Chary, the family has deep beliefs in superstition and were also found being involved in occult practices earlier.

“During the course of the preliminary investigation, the accused have confessed to have made human sacrifice. They narrated a story and requested us to leave their house in the night and come back on Monday morning to see their daughters alive. They asked us to give them some time to perform some occult puja to bring their daughters back to life,”  DSP Chary said while speaking to the media.

The bodies have been sent for post-mortem and the police have started an investigation into the matter. 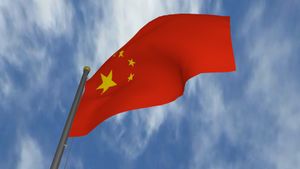 2 Chinese Nationals Held In UP By The Anti-Terror Squad