A Majuli district administration official informed that having a capacity for landing three helicopters, the heliport has been constructed at Keralagaon at a cost of Rs 50 lakh from the government’s Untied Fund.

Sonowal also inaugurated a guest house built with Rs 50 lakh at the heliport.

In an interaction with newspersons, the Chief Minister stated that the heliport was set up in order to boost tourism on the Brahmaputra island. He said that Majuli being the nerve centre of Vaishnavite art and culture, having a spritual environment and also possessing rich flora and fauna, was getting known across the globe.

“In view of its unique identity, and having great potential for a global tourist destination, the government has initiated steps to develop infrastructure in the tourism sector on the island,” Sonowal said.

The Chief Minister said he was told by Dr Domborudhar Nath, the vice chancellor of the newly established Majuli University of Culture, that many scholars and researchers from European and American countries have expressed their desire to visit the university and carry out studies and research work.

Sonowal said the heliport was expected to give a big enhancement to connectivity of Majuli and contribute to the growth of tourism sector on the island.

Stating that works for development of road connectivity across the Brahmaputra had also been undertaken by the government, Sonowal said the tendering process for construction of the ambitious Jorhat-Majuli bridge was initiated by the Centre recently and within a few days, the process would conclude, following which construction will start soon.

The Chief Minister announced that within this month, two ro-pax ferry services will be launched to boost waterway transportation to the river island. He said that Prime Minister Narendra Modi was expected to visit Majuli soon.

The Chief Minister also expressed condolences to the bereaved families of the food posioning incident at Diphu a few days ago and wished for early recovery of those undergoing treatment.

Later, he also laid the foundation stone of the infrastructure development project of Shankarjyoti High School which will be constructed at a cost of Rs 25 lakh from the government’s Untied Fund of the 2019-20 fiscal year. 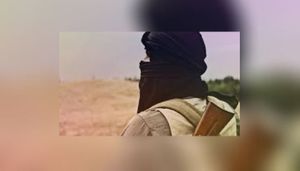