GUWAHATI, Feb 4: The resumption of cricketing activities in the State isn’t just a good news for the players but also for the ones who toil hard in the background to successfully conduct matches and some of whom who completely rely on cricket to earn their livelihood.

From scorers to umpires, physios to trainers, curators to the groundsmen – these professionals almost go unnoticed and with sporting activities coming to halt due to the nationwide lockdown things went from bad to worse for them.

“As we are Board of Control for Cricket in India (BCCI) panel scorers we didn’t face that much of problem financially. But we are going to have a hard time this time around as there were no matches after March, 2020. The district and club scorers endured a hard time with no matches,” said BCCI panel scorer Navajyoti Sarma.

A club level scorer in Guwahati who also dons the hat of umpire earns around Rs 80,000 to 90,000 while a district level scorer/umpire walks away with around Rs 1,20,000 in a season.

“It is really very hard as most of them depend on cricket apart from small business ventures. With the nationwide lockdown, both ways they were in crisis. It is extremely difficult for a club or district level scorer to survive when matches doesn’t take place,” Sarma added.

Mukut Kalita, who has been a curator in three international matches so far including one at the Eden Gardens as assistant curator and is currently a BCCI neutral curator lauded the Assam Cricket Association’s (ACA) initiative to provide timely salary to its ground staff.

“As far as ground staff is concerned I believe the ACA has done a tremendous job by providing timely salary to the groundsmen under them. Groundsmen in districts usually face the problem as 90 per cent of the districts depend on contractual staff.

“Usually ground staff at international venues receive a salary of more than Rs 10,000 and are well looked after. The ones who face problems are at the district and club level,” said Kalita who has been a curator in more than 50 Ranji Trophy matches.

“The whole sports industry was affected due to the COVID-19 pandemic. Gyms remained closed for a long time and some trainers did online classes which I believe comparatively wasn’t that much beneficial financially. It is a vast industry and everyone starting from cleaners to everyone who is a part of support staff was badly hit by the pandemic,” said Nishanta Bordoloi, who was a fitness trainer with the Delhi Ranji Trophy team and has also worked at the National Cricket Academy in Bengaluru.

Regarding the upcoming plans for various professionals associated with cricket, ACA secretary Devajit Saikia revealed that a major recruitment drive will take place soon. “With a lot of infrastructure being developed by the ACA, a major recruitment drive for curators and ground staff will take place soon. A decision to revise the pay scale of ground staff from January has already been taken in an Apex Council meeting,” revealed Saikia. 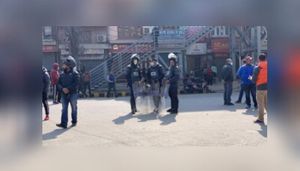 General strike in Nepal throws life out of gear 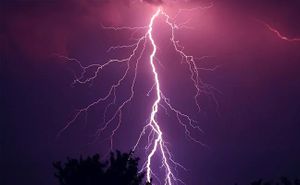