Respect Indian laws if you want to do business: Govt tells Twitter, FB

New Delhi, Feb 11: The Centre on Thursday categorically said in the Rajya Sabha that action will be taken against social media platforms if fake news and violence is spread through it.

"There is freedom of speech but Article 19A says that this is subject to reasonable restrictions," said Communications, Electronics & Information Technology Minister Ravi Shankar Prasad.

"We respect social media a lot, it has empowered common people. Social media has a big role in the Digital India programme. However, if social media are misused to spread fake news and violence, then action will be taken on the misuse of social media in India whether Twitter or else," said Prasad.

He said all the social media platforms will have to adhere to the Constitution of India. The Indian Constitution allows criticism of the government and the Prime Minister, but spreading fake news will not be allowed, he said.

Prasad said, "We have flagged certain issues to Twitter and social media has to take into consideration of the Indian laws if they want to do business in the country."

"Different parameters can't be allowed for different countries. It can't be different for the Capitol Hill incident and some other parameters and for the Red Fort incident."

The Indian government on Wednesday expressed displeasure over Twitter's delayed compliance of its order to remove "provocative" tweets amid the ongoing farmers' protests.

"Lawfully passed orders are binding on any business entity. They must be obeyed immediately. If they are executed days later, it becomes meaningless," Sawhney was quoted as saying in the statement.

The official expressed his deep disappointment to Twitter leadership about the manner in which Twitter has unwillingly, grudgingly and with great delay complied with the substantial parts of the order, the statement said.

He also told Twitter that in India its Constitution and laws are supreme. - IANS 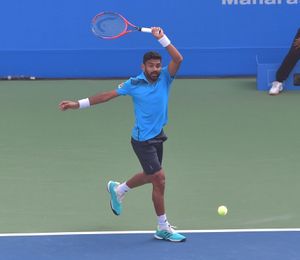