Move to check posts which may create trouble

GUWAHATI, March 18: People will have to be careful while making comments on social media in the run-up to the Assembly elections as special cells of Assam Police are keeping a watch on social media posts to ensure that such posts do not create any major problem.

Highly placed police sources told The Assam Tribune that any inflammatory post in the social media can lead to serious law and order problem during the elections and that is why a close watch is being maintained. In recent times, a number of persons have also been booked for inflammatory posts or posts with communal overtones.

Sources also warned that if any person is found to be posting such comments on the social media, strong action would be taken against him or her.

Sources admitted that it is not possible to monitor each and every social media post, but there have been instances when common citizens also informed the police whenever they witness any disturbing post. “Social media analysis is a challenging task but the Assam Police now has the equipment and trained manpower to deal with the issue and we can track down persons who are responsible for posts which can create disturbance,” sources added.

Another issue is that the main servers of the commonly used social media sites including WhatsApp, Facebook, Twitter etc are located outside the country and the authorities have to write to them whenever any inflammatory post is noticed. “We need to give the reasons why we consider particular posts to be harmful. Sometimes we consider some posts harmful but those are not considered harmful in America, this also creates problems. But in 90 per cent of cases, harmful posts are pulled down by the companies,” sources added.

The political parties and candidates are also extensively using the social media for wooing the voters, particularly the young voters. But they will also have to be careful while posting comments on the social media, sources added.

Police admitted that it might not be possible to detect and take action against every person involved in uploading harmful posts, “but arrests of a few can act as deterrent.”

Sources also pointed out that some disturbing posts during the process of updating of the National Register of Citizens (NRC) created problems and strong action had to be taken against a number of persons. Similarly, at the time when the anti- Citizenship (Amendment) Act protests were at their peak, some disturbing social media posts had created confusion in the minds of people and the authorities had to block mobile internet services for a few days. 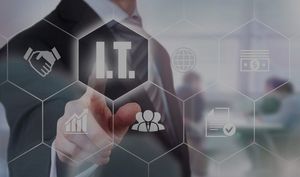 MANAGEMENT MOVES - All about IT consultancy