Warsaw, March 18: The Polish government said that it will reintroduce a full nationwide lockdown from Saturday onwards in the wake of a resurgence of new coronavirus cases.

In the last 24 hours, a total of 25,052 additional people tested positive for the virus, the highest since November 7, 2020, when 27,875 new cases were confirmed in a single day, reports Xinhua news agency.

"We are losing control over how the pandemic is developing," President Andrzej Duda said in Parliament hours before the lockdown was officially announced on Wednesday.

"The situation is bad, and containing it is now of fundamental importance."

According to reports, the coronavirus variant which was first detected in the UK is now the dominant strain in Poland, accounting for 52 per cent of the newly reported cases.

According to researchers, this mutation is more infectious than the original strain, and also more deadly.

The restrictive measures already in force in four of the hardest-hit provinces, including Mazovia, where the capital Warsaw is located, will be extended to the entire country from Saturday until at least April 9.

Hotels will not be allowed to take non-business guests, and cinemas, theatres, museums, swimming pools, skiing slopes and non-essential stores in shopping malls will be shut down.

School children in grades 1-3 would be switched to remote learning until April 9, this rule has already been in place for older students.

Nurseries and kindergartens will be allowed to remain open, however.

Churches can also continue to admit one person per 15 square metres.

Over 4.6 million Poles had received at least one vaccine dose by Wednesday.

Poland is one of a number of European countries that have decided against suspending the use of the AstraZeneca vaccine due to reports of health issues linked to the jab. 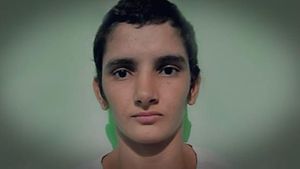