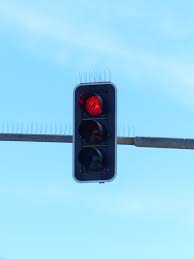 DHEMAJI, Jan 25: The District Road Safety Committee (DRSC) of Dhemaji has been conducting a month-long awareness campaign covering different parts of the district with a series of programmes.

The programme in Dhemaji district was launched on January 20 with a public meeting, wherein several hundred participants, including vehicle drivers and students, took a ceremonial pledge to obey traffic rules to ensure people’s safety.

He appealed to the people to follow the specified road safety rules and traffic signals and even influence others to obey these rules.

Speaking on the occasion, Dhemaji Development Commissioner Dipanka Narth informed the gathering that the authority has increased penalties against violation of traffic rules, and urged them to ensure a hassle-free travelling. The organizers also took out a march through Dhemaji town roads with banners, posters and festoons, shouting slogans on the road safety rules.

During the subsequent period, women numbering several hundreds brought out a scooty rally on the Dhemaji town road, and shouted slogans on road safety.

As a part of the ongoing campaign, the DRSC has also been distributing leaflets containing road safety rules and traffic signals among the motorbike riders and vehicle owners.

Dergaon Correspondent adds:Jintu Nath of Lakhibari, Golaghat, and Gitasree Saikia of Sensowa secured the first position in the half-marathon organised by the Golaghat District Transport Authority in sync with the road safety month on Sunday.

The marathon started from the Golaghat District Sports Association (GDSA) stadium in the morning and a total of 71 participants from the district took part. In the keenly contested race, Dipjyoti Das (Bokakhat) and Bitupan Ravidas (Betoni) won the second and the third spots in the boys’ group while Nandini Chandak (Tapan Nagar) and Monalisa Boro (Borpathar) bagged the second and the third positions in girls’ category, respectively.

Earlier, in the morning the marathon was flagged off by the vice president of the GDSA, Dinesh Gogoi, and District Transport Officer Dibyajyoti Karjee. The DTO explained the objective of the programme while other dignitaries spoke on road safety in the inaugural session. The Motor Vehicle Inspector (MVI), Parag Saikia, coordinated the programme.

Talking to this correspondent, the DTO said the top three participants of both the categories will be awarded with cash prizes of Rs 5,000, Rs 4,000 and Rs 3,000 respectively from the Road Safety Fund, along with trophies and citations. He also said that some child participants, too, will be awarded consolation prizes.

The DTO acknowledged the cooperation of all concerned in making the event a success.

ANN Service adds from Azara:Dr Arabinda Das, Nodal Officer, Joint Director of Health Services, Kamrup, has been conferred the National Road Safety Champion award for his relentless work in the field of road safety. Dr Das received the award in a function in Guwahati a few days back. 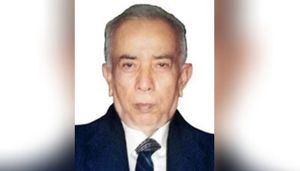 Abduction of female teacher foiled in Cachar; one arrested

Nagaon district admin gears up for polls in seven seats