Pakistan win by 7 wickets in 1st Test against Proteas

Azhar Ali remained unbeaten on 31 while Fawad Alam raised the victory with a boundary off left-arm spinner Keshav Maharaj.

It was only Pakistan’s fifth victory in 27 Test matches against South Africa, which had won at the same venue when it last toured in 2007.

Nauman and Shah shared 14 wickets in the match as South African batsmen struggled against spinners in both innings.

The win also earned Babar Azam success in his first Test as Pakistan skipper. Babar was due to lead the side in the last series in New Zealand but missed it due to a fractured thumb

Nortje clean bowled Abid Ali (10) and then had Imran Butt (12), playing his first Test, caught behind before Maharaj had Babar (30) trapped leg before wicket when only two runs were needed for victory. 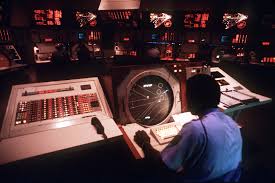