Eminent music director Ramen Chaudhary formally conferred the award on the artiste, where AASU chief Dipanka Kumar Nath was present as the chief guest. The award consists of a cash award of Rs 10,000, a memento, a citation, seleng sadar, phulam japi and a phulam gamusa. Earlier the artiste and the guests were brought to the Nalbari Swahid Bhawan premises from Nalbari Inspection Bunglow in a colourful cultural procession.

Speaking in the meeting, Ramen Choudhury said that we should honour the folk artistes of rural areas in the State to show our respects to the greater Assamese culture. He said that this type of honour encourages artistes to do more works with dedication.

Addressing the meeting, AASU chief Dipanka Kumar Nath said that the student body has been giving due honour to folk artistes at various parts in the State through its district committees. Nath added that the State government has been ignoring the role of folk artistes and not giving them the due honour.

In his reply to the honour bestowed on him, Talukdar said that this award will increase his responsibility towards the society. The award-giving ceremony presided over by Gunajyoti Pathak, president of Nalbari district unit of AASU was attended by Bhabajit Bezbaruah and central executive member Riyajuddin Ahmed and Akshay Deka, general Secretary of Nalbari district unit of AASU.

Earlier, Saraswati Barman, wife of late Mohan Bhaira offered the floral tribute at his portrait. The Mohan Bhaira Award constituted by the Nalbari district unit of AASU and Nalbari Zila Unnati Sabha is being given since 2009 to a folk artiste of the State every year. 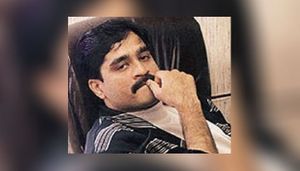