Letters To The Editor

Sir, – In a gesture calculated to overcome popular anxiety about Covid vaccines now used in a mass vaccine drive, dignitaries of the State like the Prime Minister, Chief Ministers and MPs and MLAs are taking the vaccines with photo-ops. Laudable as the efforts are, they seem to overlook one major factor arousing public anxiety about vaccines.
Two different vaccines are being used in the mass vaccination drives, Covishield and Covaxin. While the former has undergone the three-phase trials, the latter seems to have seen only two phases of mandatory trials and has been allowed by the regulatory body to be used in a turgid language hedged with qualifications. The regulatory body has come under criticism just for this reason. Critics have gone so far as to say that the permission has enabled the pharma company manufacturing it to seize this chance for getting through a Phase III trial without the obligatory informed consent of the subjects of the trial. That is, there has been criticism of an alleged attempt to use people as guinea pigs.
What has added seriousness to the criticism are disturbing reports of severe aftereffects including many cases of death within 24 hours to a week of the first shot. Since Covid fatalities are hastily cremated or buried, there are no autopsies ascertaining reasons for death. Yet there have been bland assertions from medical authorities that they had died of other diseases, a claim difficult to swallow. This is particularly distressing as people taking the vaccine are not allowed to choose between the two types.
It is also noteworthy that the reluctance is not confined to ignorant common folks but quite widespread among physicians and medical specialists who certainly understand these things. The doctors at the Ram Manohar Lohia hospital in Delhi have reportedly flatly refused to take the Covaxin vaccine. Gagandeep Kang, one of India’s top virologists, an FRS to boot, has stated in clear terms that she would not take Covaxin.
These misgivings could have been set at rest if the PM and other dignitaries had clearly and openly taken the Covaxin shot. The popular anxiety can hardly be assuaged by such theatrics unless there is transparency in the move. Let other dignitaries follow suit by taking Covaxin in a public and transparent demonstration and that might go a long way in persuading people that it is truly safe and efficacious. Yours etc., HIREN GOHAIN, Nijarapar Road, Guwahati.
Garu: A well-made film
Sir, – Like others the film industry was also badly hit during the lockdown period. Along with the rest of the world, the Assamese film industry was also left high and dry during this atrocious period. However, immediately after this crucial phase, a group of young people completed a feature film titled Garu and released it on January 22 at the Kumar Bhaskar Natya Mandir in Guwahati where the first Assamese film Joymoti was also released in 1935. Directed by young Himangshu Prasad Das and edited by Dhiraj Mazumder, Garu is based on a very simple common story involving two communities. Director Das has made it so interesting and the editing was so crisp that nobody will get bored even for a moment.
Actors like Baharul Islam, Pakiza Begum, Chandan Das, Kamal Lochan, Pranjal Saikia, Siddhartha Mukherjee, Arun Nath, Lonishree Das, among others, have done laudable work. Hopefully, the Assamese film industry will get a new lease of life through Garu. Yours etc., PABITRA GOGOI, Bhetapara, Guwahati.
Parochial thoughts
Sir, – Anirban Choudhury in his editorial piece (AT, January 21) has brought out various facets of hard-core elements in different religions, which are basically intended to serve their own interests. It is very interesting to know that Swami Vivekananda had started celebrations of pre-Christmas events, a tradition still followed by the Ram Krishna Mission. Unfortunately, of late, a section of the populace is trying to usurp certain ideologies in the name of cow protection, love jihad, etc., which are primarily directed to serve their own selfish interests. Donald Trump, former President of the US, tried to do the same. Hopefully, the Indians would rise above the parochial thoughts, and resist the evil designs of a small section of the population that are trying to control the voice of the majority who have liberal thoughts, and are fighting for roti, kapda and makaan in their daily existence. Yours etc., AMAR BHUYAN, Nagaon.

Articles (within 1000-1100 words) and Letters to the Editor for publication in the editorial page may be sent to the email ID: [email protected]. 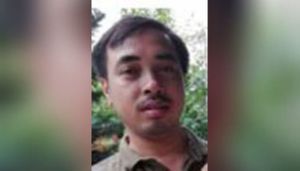