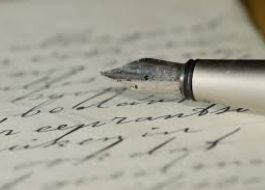 Letters to the Editor

Myanmar coup
Sir, – Myanmar’s military has seized power in the country in a coup last Monday. Myanmar’s security forces have detained a number of senior elected political leaders, chief ministers and activists in the capital, Naypyidaw, and across the country. Among others, State Counsellor Aung San Suu Kyi and President U Win Myint were also arrested. The military has justified its coup by alleging widespread voter fraud in the November 2020 election wherein the National League for Democracy, headed by Suu Kyi, won by securing 83% of the available parliament seats. Further, the military has said that it has a constitutional mandate to take over in times of emergency. The military coup in Myanmar has ended the country’s short-lived experience with democracy that began in 2011. Myanmar’s military had been in power from 1962 to 2011. The world leaders and International institutions have condemned the military coup, and have demanded Myanmar’s military to free the political detainees and respect the results of the election. The military has been the most powerful institution in Myanmar since the country’s independence from Britain in 1948. Sooner Myanmar returns to democracy, better it is for the people of the country. Yours etc., MAHESWAR DEKA, Rangiya.

Utterly shameful
Sir, – Singer Zubeen Garg has created a controversy by disgracing women in the recently-held Prag Cine Awards in Guwahati. While performing on the stage, he crossed all limits by cracking some vulgar jokes and showing some indecent gestures towards two established actresses of Assamese cinema, Nishita Goswami Chakravorty and Prastuti Parashar. He passed some lewd comments about the woman’s body which is utterly insulting to the womenfolk. Even during the anti-CAA rally, he uttered a very unparliamentary word in presence of thousands of people.
The fact is that each time after courting controversy, Garg has escaped punishment as lakhs of fans spread across the State pardon him as acts by their own brother, but this time he shouldn’t go unpunished. His young fans who idolize him might follow the same path and disgrace women. During the function, noted actor Adil Hussain walked out of the show in shame and protest. The strange thing is that the various organizations including the AASU, political parties including the Government have not uttered any word against such a misadventure of Zubeen Garg. Yours etc., JULIE BHUYAN, Gaurisagar, Sivasagar.

Traffic tension
Sir, – Road traffic is increasing in Guwahati. Every day on my way to college I find city buses standing in the middle of the road at the Basistha Chariali area which leads to traffic jams. The public faces a lot of problem due to the irresponsible behaviour of the city bus drivers. During the morning hours, such situations can be seen in many places. The city buses are in competition among themselves, overtakes each other, stops way ahead of the designated bus stops not giving way for other vehicles to pass. The irresponsible parking of vehicles also creates problem. I would like to draw the attention of the authority concerned to look into the matter and take some necessary steps. Yours etc., LIKU UZIR, Guwahati.
Articles (within 1000-1100 words) and Letters to the Editor for publication in the editorial page may be sent to the email ID: [email protected]. High speed internet to be restored in J&K, LG thanks PM 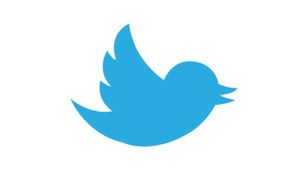 Racism: Why a two-faced facade?