Juventus dominate Bologna in Serie A

Juventus have moved back into the top four of Serie A as Arthur’s maiden goal for the Bianconeri helped them beat Bologna 2-0 at Allianz Stadium in their recent encounter.

Juventus was fresh from victory in the Supercoppa in midweek, and needed a win on Sunday to close the gap on leaders AC Milan, reports Xinhua news agency.

The Bianconeri were without Paulo Dybala, and coach Andrea Pirlo opted for Dejan Kulusevski to partner Cristiano Ronaldo up front.

Juventus broke the deadlock in the 15th minute with a stroke of luck, as Arthur slipped when trying an attempt from distance, but his shot deflected off Jerdy Schouten and entered inside the net, sending Bologna goalkeeper Lukasz Skorupski the wrong way.

Weston McKennie doubled the lead in the 71st minute as the American found the net with a twisting header.

Juventus still had chances to extend the lead, but Skorupski saved well to deny McKennie and Ronaldo. Juventus now rank fourth with 36 points with a game in hand, seven points behind AC Milan.

Elsewhere, Napoli striker Hirving Lozano made history as the Mexican put the Partenopei ahead just nine seconds into the game, though Hellas Verona fought back to win the game 3-1. – IANS 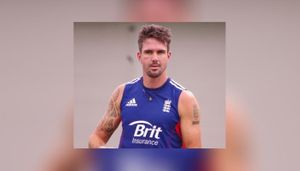