New Delhi, Feb 2: With multi-layered barricading, iron nails on road, barbed wires, iron rods between cemented barriers and deployment of DTC buses and extra personnel on ground, the tremendous security cover at and near the farmers’ protest locations have now become sites of unusual attraction.

The strengthened security measures at the agitation sites across the borders come after the violence during the Republic Day tractor parade by protesting farmers’ in which 394 security personnel were injured.

Even media-persons covering the agitation manage to reach the protest sites with difficulty as they first have to pass through checking and then cross multiple layers of barricading.

A BKU office-bearer at Ghazipur border, which now resembles a highly-secured fortress, said despite the odds, supporters from far-off places are reaching the site to express solidarity with farmers.

He said so far supporters from Uttar Pradesh, Haryana, Punjab, Rajasthan, Uttarakhand have come to Ghazipur, while small groups of people from States like Maharashtra, Karnataka and Bihar too have reached here.

“But what does this security arrangement by the government mean? Layers of barricading, iron nails on road, barbed wires all around us. Forget humans, nobody keeps even animals in this manner,” Khatana, also the BKU’s Meerut Zone chief, said.

At Singhu border, Delhi Police, along with paramilitary forces, are stationed in large numbers along with multilayered barricades.

Palwinder Singh, a protesting farmer from Amritsar district in Punjab said the Internet ban was to disconnect the farmers from the public.

Workers under the watch of police personnel on Monday were seen hooking iron rods between two rows of cement barriers on a flank of the main highway at the Singhu border to further restrict the movement of protesters agitating against the Centre’s new farm laws at the site.

Another portion of the highway at the Delhi-Haryana border is practically blocked now as a makeshift cement wall has come up there.

Security has also been tightened at the Delhi-Ghazipur border, where protesting farmers are also camping for over two months.

Security arrangements continue to be strengthened at the Delhi-UP border site, which is galvanising farmers from Rajasthan, Uttar Pradesh and Uttarakhand, days after an emotional appeal by Bharatiya Kisan Union leader Rakesh Tikait. Drones have also been deployed to monitor the protesters.

Farmers from Punjab, Haryana and Uttar Pradesh have been camping at Delhi’s borders for weeks, seeking a repeal of the three agriculture laws. They claim that the new laws will weaken the minimum support price (MSP) system. But the Centre says the laws will only give farmers more options to sell their produce. – PTI 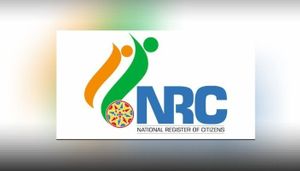 No decision on countrywide NRC roll-out 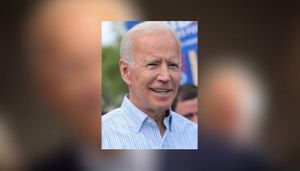