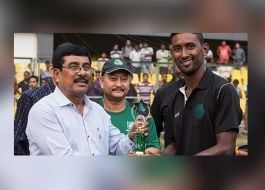 I am looking forward to increasing my pace: Krishna

GUWAHATI, Jan 30: Having been through the ups and downs of a very promising cricketing journey which also saw him bagging over 50 wickets in a season, Krishna Das is not leaving any stones unturned in his quest to find a place back in the Assam senior squad.

Sidelined by the selectors for quite a while now, the medium pacer from Barpeta is very much working on a strict fitness regime.

Asked whether he is in his fag end of his career, Krishna said: “I don’t think I am done yet. It is up to the selectors regarding whom they want in the team. I am very much focused as far as my cricketing career is concerned. I have been regular at the gym and has been training hard. We recently had a fitness camp at the Assam Cricket Association (ACA) stadium in Barsapara where my fitness level was up to the mark.

“Due to the COVID-19 pandemic matches weren’t taking place but now things seem to be changing. I will be playing in the Assam Premier Club Championship for Triranga Club as a guest player. Performing well remains my top priority, rest is up to the selectors.”

Often questioned regarding his pace, Krishna believes it is not about velocity but the line and length which still does the trick for a pace bowler.

“Everyone has got their own way of thinking. I don’t think it is all about pace. It is about bowling in the right areas. I was delivering at above 130 km/hr during the 2016-17 season like many India bowlers. I am focusing on strength training now and yes I am looking forward to increasing my pace.”

Despite a stellar show in the Ranji Trophy in 2015-16 season, Krishna failed to grab an IPL contract. The medium pacer was no less than a Barpeta ‘firecracker’ that season, with 50 wickets to his kitty from 10 Ranji Trophy matches at an average of 16.10. Krishna emerged as the second highest wicket taker while Jharkhand spinner Shahbaz Nadeem occupied the top spot with 51 wickets in nine matches at an average of 19.62. By virtue of his tremendous show, Krishna was picked for the Rest of India team to play in the Irani Trophy where he picked three wickets.

“It is disappointing but sometimes in life things don’t exactly go according to plan. I was invited for a trial by Delhi Daredevils (now Delhi Capitals) but at that time I was playing for the India A team. Royal Challengers Bangalore too asked me attend trials but then I was playing for Assam in the Ranji Trophy quarterfinals against Punjab.”

Assam created history in that season by surprising everyone to reach the semifinal of the coveted tournament. However, things weren’t the same neither for Krishna or the State in the next season. The 2016-17 season was a debacle for the Assam Ranji team which stood last in the eight-team Group B. With the scenario changing quickly, Krishna too went from being the team management’s top pick to oblivion. Failing to make an appearance, Krishna finally ended his 12-year relation with the ACA in the 2018-19 season, becoming one of the very few Assam cricketers to ply their trade for a different state. Featuring for Goa, he returned with 28 wickets in Ranji Trophy.

Recalling his Goa experience, the 30-year-old medium pacer said: “It was a great experience to be playing for a different state. Being an outstation recruit also has an additional responsibility on your shoulders. I picked up 10 to 12 wickets in five or six matches in the Vijay Hazare Trophy while in Ranji Trophy I returned with 28 wickets.” 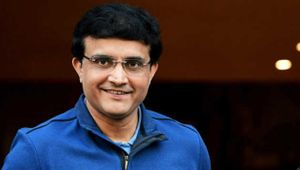 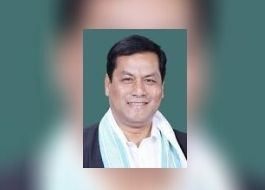