Gulshan Devaiah to Sushant: Your life is a great learning

Actor Gulshan Devaiah did not know late actor Sushant Singh Rajput personally, but says his death has affected us all in ways he could never have imagined. Gulshan tweeted his thoughts on Thursday, on the occasion of Sushants birth anniversary.

"We were not friends, we barely even met a couple of times, but your tragic passing has affected us all, in ways we couldn't have imagined," Gulshan tweeted.

"You are a symbol of hope, your life (is) a great learning. Your fans will look into the sky & always spot a bright star called SSR. #HappyBirthday," added the actor on Sushant's birth anniversary.

Earlier in an interview to IANS, Gulshan shared that he feels there is a lot of misplaced anger among people following the passing of actor Sushant, and said that it is time to introspect and not play blame games or find what pushed him to take his life.

"We should take this opportunity to think rather than point fingers because there are a lot of conspiracy theories. There is a lot of anger that is misplaced. If you ask me, the anger is misplaced," Gulshan told IANS. Minus 27.1 in Drass, Srinagar freezes at minus 7 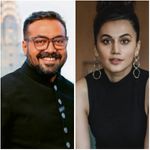 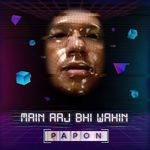