The raindrops pattering down on the tin roof of the Assam-type house, accompanied by an occasional rumble of thunder, awakened the young officer from the fitful sleep he had fallen into. Sleep evaded him as he tossed and turned on his small bed. Anxious thoughts crowded his mind, as he anticipated the difficult job ahead of him. It was not as if such situations were new to him. In his career as an administrative officer, he had faced many problems of law and order, intricacies of civil discord, tackled natural disasters, and had come out unscathed. But, this time, it was different. The whole State was under siege — a turbulent and violent movement engulfing whole communities.

It was going to be his trial by fire tomorrow. He and his junior, Roy, were travelling with a small police party to bring order to a troubled area — a danger zone where a massive clash between two groups had been anticipated. The faces of his children suddenly floated in front of his eyes. He switched on the bedside light and groped for the little framed photograph of his family — his whole world in a distant, happier time. His eyes welled up, he hadn’t seen them for so long. “I’ll come back safe, I promise,” he silently told his wife.

The rivers were in spate as they crossed the wooden bridges. The overcast skies reflected the tension in the minds of the two officers as their jeep hurtled over the silent road. The bumps and screeches of their vehicle were the only sounds on the lonely road. Their destination was only a few miles away, and the small villages dotting the landscape with the green fields — peaceful and sylvan, belied the fury and danger of the moment. As the jeep neared the small town, the tension in the minds of the occupants of the vehicle became palpable. The three police constables gripped their rifles tightly as the jeep stopped at the edge of the small town. A huge crowd had gathered at the marketplace as the official jeep drew to a halt, and the officers and the policemen got down from the jeep; the crowd swelled, getting threateningly nearer and the shouts louder and angrier.

“I think we better go back Barua da and come back with reinforcements,” Roy whispered to his colleague; his face white with fear. It was only a month ago that he had joined.

“No,” Barua replied, with clenched teeth. “We have to go and rescue the boys.”

By this time, the mass of humanity was swelling like an angry sea — at high tide, the noise deafening, “Go back, go back.”

The policemen and the two officers were almost engulfed in this huge sea of menacing humanity. Bhuban Barua thought quickly, trying to recall how he had faced a similar situation of law and order duty in his career of 15 years. But today, it was totally different; no ordinary law and order situation. It was a menacing, dangerous issue, a matter of life and death, a sensitive issue concerning communities, religion, and culture. He, who had never considered himself to be a hero or even brave, would have to face the gravest danger of representing his government, his people. As these thoughts flitted across his mind in quick succession, he saw that a small group had separated themselves from the mob. Out of the corner of his eyes, he detected a stealthy movement as these people surrounded their small group. The sick feeling of fear increased as he saw the glint of daggers and the menacing shapes of lathis…

At this moment, Bhuban Barua took a sudden decision, pitching his voice while trying to control its quavering tones matching his racing heart, he announced: “Please keep calm, we are here to help you. There should not be any further clashes. Let the volunteers go back. As responsible citizens let us do our duty. You don’t want to hurt your people, we also want a peaceful end to this situation.” Barua spoke in the local language, trying to pacify and convince. There was total silence as he was speaking. A silence fraught with unspoken menace; a deep sense of dangerous intent. 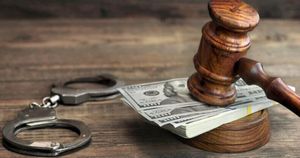 LEGAL EASE - Out on bail 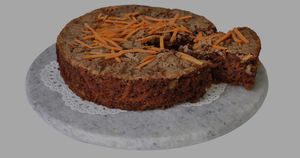