Farmers can withdraw from contract at any point: Tomar

New Delhi, Feb 5: Amid the Opposition's continuous attack on the government in Parliament over the farmers protests, Union Agriculture Minister Narendra Tomar on Friday said that as per the Centre's three new farm laws,the farmers can terminate their contract at any time and can withdraw from their agreement without any penalty.

Earlier in the day, Congress member in the Rajya Sabha from Haryana Deepender Hooda lashed out at the Centre for the serious situation arising out of the farmers' movement.

Tomar said that contract farming in Punjab has provisions that may land a farmer in jail with a fine of upto Rs 5 lakh, whereas the central government's new farm legislation gives complete liberty to a farmer.

The Minister said that there are about 20-22 states who have incorporated such provisions in contract farming.

"We brought a Trade Act, a provision was made that areas outside APMC will be trade areas, and can be a farmer's home also. It will not attract any tax. Within APMC, States levy tax. The Centre's act abolishes the tax outside APMC and the State forces you to pay tax.

"Farmers are being misled that the new legislation will take away their land. There is not a single provision in the contract farming law that says this." 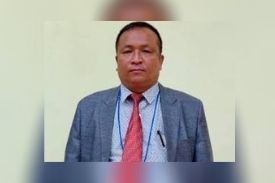