Entrepreneur illuminates village in Dibrugarh to ward off leopards

DIBRUGARH, April 7: Borbari, a little known village nestled in No.1 Borbam under Hatibondha Gaon Panchayat in Tengakhat development block, is perhaps the only rural settlement in the district and beyond to have solar lights installed on its roads and bylanes.

What propelled the community to illuminate their village with solar streetlights despite having electrification in the village, is interesting. The villagers told The Assam Tribune that electrical appliances hardly function in the village due to low-voltage power supply. “The power supply is unreliable. A family can somehow keep one LED bulb switched on whenever power is supplied. The power shortfall can be assessed from the fact that the amount of power supplied to a household is neither adequate for a refrigerator nor a fan to function. Another major reason to illuminate the village is to ward off the straying leopards,” said Anjan Nag, the brain behind this transformation in the village.

Nag, a documentary photographer turned social entrepreneur, said that apart from posing a threat to human lives, many cattle and poultry birds have fallen prey to the big cats in the village.

Nag said he spent 12 years in Delhi to eke out a living. Earlier, he also served as a medical representative and then as a quality analyst at WIPRO Limited. Realizing that his community members in his ancestral Borbari village were struggling on all fronts, he resolved to settle in the village and lead his people. The people in Borbari are mostly wage earners and farmers. The backward hamlet, comprising about 60 families, first made it to news when an organic village library, named Kuhi Paat, was set up in the village on August 31, 2019 to instill reading habits among children. The village library was the first dream come true for Anjan Nag. He set up the library in a thatched house and collected reading materials through crowd funding and also on his own. The Kuhi Paat library today takes pride in having over 700 books of various genres like novels, story books, comics, motivational, pictorial and other subjects in English, Assamese and Hindi languages.

The social entrepreneur, who has also started piggery farming in the village on a big scale, is motivating the locals to take up kitchen gardening, cattle rearing, weaving and commercial production of indigenous delicacies, as well. Through the Kuhi Paat library, Nag is also involved in imparting life skills training to children and arranging coaching classes for the high school students of his village. Recently, he also launched a scholarship programme for the meritorious students of his village.

Borbari village is surrounded by lush green paddy fields and small tea plantations. It is some 30 km from the city here.

Through Nag’s initiative, the village is today one of the cleanest in the area, as community members regularly clean up their surroundings. Every household in the village also uses dustbins for waste disposal.

It needs to be mentioned that the internet and mobile phone connectivity is poor in the village. However, Nag said that he is already in touch with the Jio company to solve the connectivity issue in his village.

While sharing his interest in uplifting his people, Nag said all his friends and classmates from across the globe have been encouraging him to carry on with his new social venture.

“All my acquaintances, particularly my school friends, have started extending help in cash and kind. Furniture, fans, bicycles, play materials, besides a 100-KV transformer, have been donated for the village by my friends. The solar streetlights have been donated by a Delhi-based NGO through one of my journalist friends based in Delhi,” he said.

Nag has won appreciation from Deputy Commissioner Pallav Gopal Jha for his voluntary governance initiatives in his village. Jha, who visited the Kuhi Paat library and laid the foundation stone for installation of the solar lights, has assured Nag of support in his future endeavours. 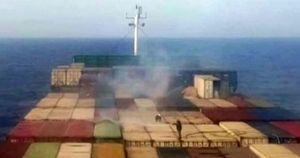