Commission met with Deputy Commissioners, Superintendents of Police and other senior officers of all districts going to polls in the first and second phase of elections, as also nodal officers of the Enforcement Agencies. Specific review of Covid arrangements was done with Chief Secretary Jishnu Barua and also issues with DGP Assam B Mohanta.

Chief Election Commissioner Sunil Arora directed all the officials to ensure that elections in the State of Assam are conducted in a peaceful, free and fair and safe manner with high voter turnout. Arora reiterated that this time Special General and Police Observers have been associated with randomization of State and Central Armed Police Forces to jointly decide the election security plan.

Sushil Chandra, Election Commissioner urged to expedite seizures and asked the departments to establish money trail linkages specifically related to election expenditure. He directed the investigative agencies for better co-ordination and collaboration of data, in order to improve their searches and seizure operations during the election period.

Rajiv Kumar, Election Commissioner asked all the agencies to continue with their vigil efforts even after the 3-phased election is over in the state of Assam, as the adjoining state, West Bengal will still be having elections. The border check posts need to be functioning strictly, till the election results, in order to deter any illegal goods transfer/crossings across the state borders, he emphasised.

Special General Observer S. Srinivasan apprised the Commission of the overall status of preparedness in the State, while Special Police Observer Ashok Kumar gave an overview of security measures put in place to ensure smooth conduct of the elections. Special Expenditure Observer Neena Nigam apprised ECI of seizures worth Rs 80 crores made already (as against Rs 16 crores done in previous elections) due to concerted efforts of the Flying Squad Teams and SSTs working round the clock to ensure free and fair elections in the state.

During the meeting, presentations were made by the Deputy Commissioners and Superintendents of Police highlighting the status of poll preparedness in their respective districts. Status of distribution of EPICs, distribution of voter information slips, publishing of Criminal Antecedents by contesting candidates, provisions made at polling stations for voters above 80 years of age along with PwD voters, SVEEP activities being carried out to increase voter turnout, postal ballot status for absentee voters, cash seizures, drive against illicit liquor as also preparations put in place for COVID19 suspects, among others were elaborated upon. 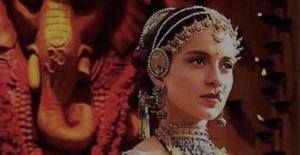