London, March 8: Serbian tennis great Novak Djokovic on Monday set a record for most weeks at No. 1 in the 48-year history of the ATP rankings. Djokovic entered his 311th week at the top of the rankings, one week longer than Swiss 20-time Grand Slam winner Roger Federer's record.

Djokovic, 33, had fallen to No. 22 in May 2018 amid a series of injuries and downturn in form. However, he stormed back into the top five after winning Wimbledon and the US Open in 2018 and following that up with a win at the 2019 Australian Open and 2019 Wimbledon. 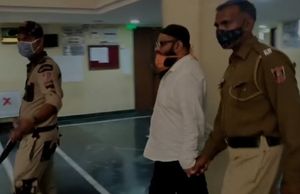