The Constitution of India, often considered as a ‘living document’, defines India as a sovereign socialist secular democratic republic which is reflected in various institutional designs making it one of the successful representative democracies of the world. Historically, being ‘republic’ is not new to India as many powerful republics like Malla, Vajji, Kamboja, etc., existed within the rise of 16 Mahajanapadas towards the end of the later Vedic period. These republics were successful and prosperous because their political executives were less greedy and least corrupt.

In modern period, India’s struggle for independence started soon after it was brought under the direct control of the British Monarchy by the famous Queen’s Proclamation in November 1858. The British passed many Charters and Acts to please the Indians such as the element of elective memberships for the natives in legislative bodies in British India was introduced with the help of Indian Councils Act of 1909, popularly known as Morley-Minto Reforms further amended by the Government of India Act of 1919 known as the Montague-Chelmsford Reforms which introduced the concept of bicameralism and direct elections in British India. Later when India was at the dawn of the achieving Poorna Swaraj or complete independence from the two hundred years of British suppression, the necessity of drafting a written Constitution for the country was felt which gave birth to the precursor of India Parliament called the Constituent Assembly, roughly designed on the recommendations of the Cabinet Mission Plan of 1946, mainly consisted of elected representatives of Provincial Legislative Assemblies established by Government of India Act of 1935 in undivided India.

The Constituent Assembly for undivided India sat for the first time on December 9, 1946 under the interim president Dr Sachidananda Sinha who was later replaced by Dr Rajendra Prasad as president on December 11, 1946 with Harendra Coomar Mukherji as vice-president for drafting the Constitution of India. The drafting process of the Indian Constitution contained many elements of the Government of India Act, 1935, Objective Resolution of 1946 of Jawaharlal Nehru and many features borrowed from different countries around the world, which was finally adopted on November 26, 1949. However, India saw a full-fledged election in 1951 soon after the enactment of the Constitution of India on January 26, 1950.

The Constitution of India recommends for three most important features of the electoral system in India, viz., the first-past-the-post system borrowed from the British Constitution, proportional representation by means of single transferable vote roughly adopted from the American Constitution and universal adult franchise. The Election Commission of India under Article 324 is responsible for the conduct of free and fair elections in the country for the members of Parliament, State Legislatures, and offices of the President and the Vice-President of India.

In the last two decades, the electoral system in India has evolved to a great extent and many reforms as well as initiatives like Systematic Voters’ Education and Electoral Participation (SVEEP), Voters’ Verifiable Paper Audit Trail (VVPAT), None of the Above (NOTA), etc., are being implemented by the Election Commission to achieve the ultimate goal of free and fair elections in the country. On the contrary, in many instances, it is observed that the voting behaviours of the Indian citizens are being indoctrinated by various religious ideologies, caste-based propaganda, money, etc., which often polarized the elections in India towards a single-party politics and a fair chance for the others was eventually lost. The use of money power to politically influence the voters is commonly seen in the election-bound States across India which often helps the candidates with criminal backgrounds or records to win a seat to Parliament or State Assemblies. According to recent data of the Election Commission, a seizure worth Rs 331 crore in four poll-bound States and one Union Territory is made where the elections are due, a figure much higher in comparison to the 2016 levels. This is an indicator of the fact that the elections are being highly monetized beyond the limit set by the Election Commission to influence voters’ voting behaviour.

Prior to the 2000s, elections were mainly concentrated on religious ideologies and caste-based politics, but it has shown a paradigm shift to money power, majorly in the last two decades. The money power mixed with criminal activities has largely threatened the very foundation of representative politics in India by polarizing elections.

To minimize the influence of money power on politics or to demonetize politics, Indian Parliament has recently launched electoral bonds to curb the menace of black money used indirectly in elections in the name of donations but such schemes are ineffective due to lack of elaborate constitutional status. India needs to demonetize the electoral process and elections as well if she wishes to decriminalize politics as both have reciprocal effects on each other. In order to achieve this, more constitutional and legal regulations need to be adopted. First, empowering the Election Commission of India to deregister political parties for any misconduct or violations of rules is necessary. Secondly, it will be prudent to constitute independent sub-groups under the Election Commission to look after the grievances of voters instead of engaging teaching staff and other government employees in election processes as these employees are already overloaded with work. Thirdly, putting a blanket ban on the use of physical materials by political parties for publicity and advertisements, viz., flexes, banners, hoardings, etc., which involves huge chunks of money will be a good step forward. More constitutional validation to the Model Code of Conduct for all political parties during elections is another necessity. An amendment to the Representation of People’s Act, 1951 should also be undertaken to make online platforms as means of election publicity by political parties with a dedicated cyber law to maximize the outreach and minimize the use of excessive money in rallies and road shows will be welcome. Setting a minimum academic qualification as a criterion at the entry level of politics can also be adopted in this regard.

The democratic integrity can be kept intact only when the demonetization of elections is adopted as a means of decriminalization of politics in India in either direct or indirect form so that healthy politics and effective representation can be achieved. 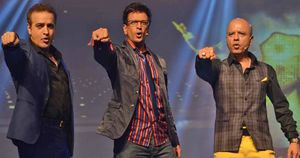