The Indian Constitution empowers citizens with the right to protest and express dissent. This is the seminal aspect of the democratic system we have adopted which differentiates New Delhi from, say, Beijing. Unfortunately, of late, the NDA Government has been acting in an intolerant manner and using various means to counter opinions that differ from its own, including arrest of dissenters and activists under draconian laws such as Section 124A of the IPC which deals with seditious acts. The recent case, when climate activist Disha Ravi was arrested for sedition for uploading a farmers’ protest-related toolkit onto social media platforms, and had to spend five days in police custody, exemplifies measures that are being currently employed to stifle dissent, which are not commensurate with India’s democratic credentials. There have been numerous cases too of the State employing coercive means, such as Income Tax and Enforcement Department raids, to silence and cow down anti-establishment personalities. Equally unfortunately, the Judiciary has been somewhat ambivalent in providing citizens with protection from the use of draconian laws. For instance, sometimes back a group of lawyers had filed a writ petition in the Supreme Court under Article 32 of the Constitution making a plea to re-examine the validity of Section 124A (sedition), asserting that sedition was being used to threaten the personal liberty of government’s critics, including journalists, students and other citizens.

However, the Supreme Court on that occasion had refused to entertain the plea on the ground that the lawyers had not shown any specific cause of action that prompted them to file the petition. It is in this context that the latest observation of the apex court, that expression of a view which is dissent from a decision taken by the Central Government itself cannot be said to be seditious, is to be welcomed. Two functionaries of an organization called Vishwa Guru India Vision of Sardar Patel had filed a petition pleading for action against National Conference president Farooq Abdullah over his comments on abrogation of Article 370 of the Constitution depriving Jammu and Kashmir from its special status. The petitioners had contended that in seeking restoration of Article 370, and alleging that he had said he would take help of China, Abdullah had committed a seditious act and should be punished under Section 124A. The learned judges not only rejected the plea by clarifying that dissent by itself is not seditious, and stating that they found nothing in Abdullah’s statement which was so offensive as to give a cause of action for a court to initiate proceedings, imposed a fine of Rs 50,000 on the petitioners for making such claims! The penalty imposed on the petitioners is as significant as the learned judges’ observations on dissent and sedition since it will serve to deter others from making similar frivolous pleas! 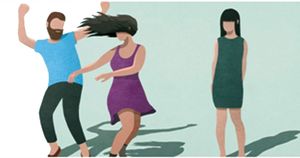