Contagions of the imaginary

AJITABH HAZARIKA writes on how pandemics have been imagined in fiction and films over the years, compelling us to reconsider the cultural logic of a shared vulnerability.

Taking frequent recourse to the realm of the imaginary has remained the flex trait among human beings. The early days of the current COVID-19 pandemic sparked off a vast array of corollaries amidst which the virtual media portals, newspapers, and TV channels claimed to have unearthed an uncanny similarity between the events in the real and those unfolding in the 1981 thriller novel The Eyes of Darkness by American author Dean Koontz. Excerpts from the book spouting the advent of a laboratory-synthesised virus called Wuhan-400, to be used as a bio-weapon, flooded the virtual spaces. While the sheer ‘virality’ of the image culture fed by popular media resulted in a situational fuss among people, the eerie nature of the parallel theory settled down eventually to be coincidental and not conclusive by far.

While going through the realms of the imaginary, one finds that such resonances are not one-off. The narrative and their proximity to the factual world are far from being settled, notwithstanding, an engagement with the fictitious offers significant takeaways that may well accommodate one in the current moment. In March last year, when the contagion made its presence felt, British newspaper The Guardian reported how the UK-based publishing companies had toiled to meet the soaring demands in the market for Albert Camus’s classic 1947 novel La Peste (The Plague). Camus’s novel has been read and interpreted as an acerbic allegory on fascism, but, at this juncture, it is difficult to veer one’s attention away from the very tactility and material dimension of the novel’s narrative cog: the bubonic plague. The action of the novel is fostered and sustained almost entirely by the plague itself, as if the sub-microscopic agents that triggered the waves were the true protagonists (“a skilled organiser, doing his work thoroughly and well”, as the narrator puts it adroitly) and not the ‘human’.

Literature around decentring of the human agent is aplenty. The instance that I have in mind dates back to a time as early as the early 19th century scepticism regarding the self-willed, autonomous human subject germane to the works of the Gothic troupe of England. Mary Shelley’s forays into the sci-fi genre saw, among others, a sketchy dystopian meandering in The Last Man (1826) which brought to light crucial encounters with the limits of medical science against the backdrop of an epidemiological collapse that subsequently ravaged the European civilisation. That the viral agents are possessed of the potential to beleaguer the human species comes up in more ways than one. Some 150 years after the publication of Shelley’s tour de force, ‘the 20th century superstar monarch of the macabre’ Stephen King re-imagines a viral siege that wipes out almost entire humanity in The Stand (1978). With his characteristic dark phantasmic blend, King dramatises the weaponisation of viral potency under the aegis of state machinery. Alongside the recognition of human beings’ vulnerable position in the face of a pathogenic outbreak, what pops up crucially here is the frantic attempts of the polity to fabricate the ‘efficacy’ of a pathogenic intruder in order to maintain the political economy of bio-power. In other words, that the death (or subservience) of ‘others’ makes one bio-politically dominant is what a state apparatus traditionally hinges on. The intense speculations around the laboratory genesis of coronavirus can be worked out along this line as well.

However, the cultural logic of the medical phenomenon is not problem-free at all. Scholars like Alfred Crosby have informed us how alien infections crossed seas with the European colonisers and inflicted the native American populace which has had no prior immunological exposure to the ‘European germs’ to combat with and guard their systems from. Thus, the contagious affect ricocheting geographical borders posit colonial and racial dimensions to it which cannot be overlooked. The European encounter with cholera, for instance, was an encounter they did not wish for while en route Asia for extraction and trade. (Critics point that Shelley’s novel might have taken inspiration from the cholera outbreak that was raging in then-Calcutta around the time when she actually was writing). The racial parameters of the phenomenon were manifest in the ways in which people from Northeast India had to face blatant slurs in other parts of the country during the early days of COVID-19.

The exclusionary outlook towards a certain strand of people on the basis of racial cataloguing and the panic around the notion of immigrants as carriers or vectors of the disease as a corollary to the proposition held by Susan Sontag that “the disease invariably comes from somewhere else “necessitated a kind of erstwhile despised Marxian ‘alienation’ to be considered affirmatively as the new norm of survival at the present moment. 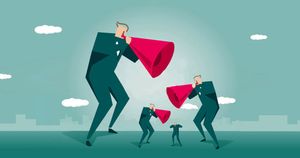 Nip bullying in the bud