‘China dam over Brahmaputra will be a disaster’

Dr Arati Bora Baruah, is a retired senior specialist engineer of Boeing based in USA with 35 years of service. For the last ten years she has relantlessly worked on water issues of India and global warming. She has worked on the Brahmaputra river, Guwahati’s flood problem and has opposed the linking of Teesta, Manas and Santosh rivers. She has opposed construction of mega dams including the Subansiri dam. She is a vocal advocate for Assamese Unicode standard.

In what ways will the recent move by the Chinese government to build a dam over the river Brahmaputra allow China to control water flow to Assam?

China is approving a mega dam on the world’s largest and the deepest gorge over the Tsangpo/Siang/Brahmaputra. Actually, it is a Giga dam as it is going to produce 60GW of energy. China’s aim to achieve carbon neutrality by 2060 by building a Giga dam for cheap electricity is outrageous. China already has an excess of energy, who will benefit from this electricity done at the expense of billions of people, including the death of the river Siang/Brahmaputra? From the glaciers of western Tibet, near Manas sarovara and the Kailash Mountain, the Yarlung Tsangpo reaches heights of nearly 5,000 meters above sea level, making it the highest river in the world. Just on the top of Arunachal Pradesh the river plunges 2,700 meters through what is known as the Yarlung Tsangpo Grand Canyon, forming a gorge more than twice the depth of the Grand Canyon in the United States.

A mega dam itself is a word synonymous to all the bad superlatives, from the destruction of nature and biodiversity to the dislocation of people who belongs to the natural environment. In addition, this place is not for a dam but for an international park and research. A deep steep gorge plus the bend is a place to protect. The satellites play a strategic role picturing this river, satellite images expose all the snaking of the river in detail. A team of American white water kayakers were successful in kayaking part of this gorge only because they spent hours and hours mapping this gorge from the satellite images whereas there was one death in the National Geographic sponsored plan.

Tibetans like to live at 10,000 feet or higher. Oxygen reduces every 10,000 feet. These people are used to live in thin air and to respect nature is in their DNA.

Nobody has traversed this river in its entirety. It is not possible, there are no access points or banks. The river is highly ferocious in spring with snow melts and monsoon water. Why do you want to tame or silence this wild river? Assam has been the gateway for Tibet, the Gorge is not too far from Daffla, Abor and, Mishimi hills. There are yak and pony trails to the river. The Dam is going to create  havoc to the people of the gorge and down the hills.

Snow melt and monsoon combined the river has an extreme volume in the summer. So they have to release water, which will be a disaster to the soft hills of Arunachal. Then there will too little water in the winter and only a trickle will be available to the Siang and the Brahmaputra below.

In what ways will the Chinese move affect the climate, environment of Assam and the Gangetic plain?

Just plainly a disaster, the whole ecosystem will die out resulting in a major climate change and rising of global temperature.

It is said that a fluvial ecosystem depend on perennial water sources, which in case of Brahmaputra is largely in Tibet. Your take on the issue.

The Himalayas are the youngest mountain of the world. It takes a billion years for mountains to be stable. The Himalayas are still growing, still smoothing the jagged peaks and building valleys. It is a dynamic and fragile system. Dams will change its topological infrastructure for all over Tibet and India. In addition, there are soft hills in the Himalayas.The soft hill is a term coined by me to describe the hills which are made of uncompressed soil, lacking boulders and rocks. The Himalayas are a mixture of soft and rocky hills. Chamoli disaster, the road building problems at the Dev Bhoomi’s Char Dham projects, Kedarnath disaster, I can name a few more, and yet lessons are not learned. Note that the Himalayas are not mountains of volcanic lava, in which case things would have been different. China has already done tunnel work in the Himalaya dams which include blasting, making power house, then they are doing excessive mining, why won’t it create adverse effects! Then it is a naturally earthquake zone, because of tectonic plates colliding often. Yes, a fluvial ecosystem depend on perennial water sources.

In what ways have China’s construction of dams affected the country’s Mekong Basin?

Mekong is a sad example, it has been dammed so much that it is near to its death. One can find everything about it by googling the subject. The latest focus of the world environmental researchers is on the Sap Lake. It is a lake at the Mekong delta in Cambodia. The Sap Lake grows and sinks with monsoon. It was a heaven for river fish. River fish is the easy protein for the people along the Mekong River, Vietnam and Cambodia. The change in this lake is a matter of concern.

The proposed Brahmaputra mega dam by China will be built in a seismically active area. Don’t you think it will be a ticking ‘water bomb’ for downstream communities?

It sure is a ticking ‘water bomb’ for Tibet and the downstream communities.

The proposed Chinese dam will desecrate territory considered sacred by the Tibetans. But the Chinese government has no time for their sentiments.

The hill people live in ridges and valleys. These are ‘V’ shaped valleys as opposed to ‘U’ shaped valleys made by glaciers. Actually all the indigenous mountain people share similar concerns. They know how not to mess with these. China annexed Tibet in 1959 and did not take time to know the land. Additionally, they are not letting sons of the soil talk about the land. Tibetans have a prediction that some day the peak of Namcha Barwa will fall down on the gorge. China need to find out why the Tibetans think so.

You have been carrying on a relentless fight against the construction of mega dams on the Brahmaputra. How far have you been successful?

Yes, I have  been successful. I realized that a generation of people did not learn about Assam and Tibet’s geography. It is not a personal attack on them. Knowing that they are becoming interested in rethinking about the Brahmaputra, now my goal is to share with all the global first nations and the climate control authority. 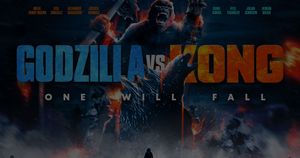