Challenges before the younger generation

After the Indian economy turned global and the internet became an integral part of our lives, the chances and opportunities before the Indian youth opened up in a big way. But, then came the Co­rona pandemic by the end of 2019, and everything stood at a standstill, almost all throughout 2020, making all calcula­tions go topsy-turvy. Side by side with opportunities, the youth had a number of challenges before them, and now new ones got added due to the changing times. The youth is the driving force of the country. So, only focussing on developing their talents is not enough, we need to recognise and counter the challenges that our country’s youth face in the present day.

A keen look at the youth of today will reveal that most of them have lost a sense of personal identity and national pride. Many youngsters barely know who they are. A large percentage of

them don’t even remember the lyrics of the national anthem or know the names of their prominent leaders. They are ig­norant about their own state and neigh­bours. The young person’s attitude has, therefore, become about “what’s in it for me?” as opposed to “what’s in it for us?” The problem with such an attitude is that most youths are not interested in working towards solving community problems that don’t directly affect them, thus, making it much more challenging to address national issues.

A lack of self-confidence is another issue with which scores of young people are grappling today. Stemming mostly from negative experiences and encoun­ters all around, it hinders their self-growth and the ability to lead successful and fulfilling lives. While adolescents and teens may feel they have “grown up”, their mental set-up may not have finished developing. Against this backdrop, peer pressure might encour­age youngsters to become more active in outdoor activities or to avoid risky behaviours. It could even lead them to  substance abuse or immoral activities, skip classes or engage in all sorts of negative behaviours.

The impact of substance abuse and other forms of addiction among the youths has led to a morally-decadent society. Drug abuse has damaged many youths and brought shame to their families. In the long run, it may even be the cause of death of the user or be the reason for untold miseries for the victim’s family.

The ever-increasing cost of education is another worry before the youth of the country. The ambitious young brigade aims to conquer the world and turn India into a super power. The only way to materialise this is through education. If we take a look at our educational insti­tutions today, privatisation has increased the effective cost of education. Costly higher studies in private institutes and a lack of proper infrastructure in govern­ment/government-aided institutions has proven to be a big headache for our young people. A new crisis is now emerging because many educational institutions, which were conducting online classes for their students for the last one year or so, have sent notices demanding huge amounts as arrears of fees that need to be paid now. On one hand, the income of the parents has either vanished or diminished due to the pandemic and now, on the other hand, they are served with these “demand no­tices” from the institutions where their children are admitted. If they do not pay the sums, their children’s future could be in jeopardy.

Both the government and the educa­tional institutions need to resolve this issue while the society as a whole needs to address all the other challenges that confront the youth today.

(The writer is a motivational speaker and public relations consultant.) 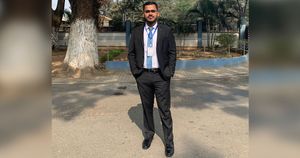