Bills introduced in US Congress to counter growing Chinese influence

WASHINGTON, Feb 19: Several top US Republican lawmakers have introduced more than a dozen Bills in Congress to counter the growing Chinese influence in the country and to protect America's critical infrastructure.

The relations between the US and China are at an all-time low. The two countries are currently engaged in a bitter confrontation over various issues, including trade, the origins of the novel coronavirus pandemic, the communist giant’s aggressive military moves in the disputed South China Sea and human rights.

The Bills were introduced in Congress on Thursday. Separately, Senator Rick Scott reintroduced the Taiwan Invasion Prevention Act, sponsored by Congressman Guy Reschenthaler in the US House of Representatives, to protect Taiwan from Communist China's growing aggression.

The Taiwan Invasion Prevention Act further reinforces the US-Taiwan relationship and strengthens Taiwan’s ability to resist Communist China’s aggressive policies and military actions. China views Taiwan as a rebel province that must be reunified with the mainland, even by force.

Congressman Mark Green, who introduced five Bills, said that Communist China’s rise in military and economic power is one of the greatest security the US faces today. China’s leaders are now asserting dominance diplomatically, informationally, militarily, and economically.

“It’s past time we address the Chinese Communist Party’s efforts to exert control in our economy, our educational institutions, and our military industrial base. From stealing sensitive intellectual property to preying on vulnerable American companies, China’s communist leaders have pursued their ambitions at a steep cost to the American people, their own people, and the world,” Green said.

“My Bills take the swift action we need to protect America’s critical infrastructure and bring our supply chains home. Our security and prosperity depend on it,” Green said.

Congressman Jim Banks who introduced another five Bills said that the greatest threat to American freedom and justice is the Chinese Communist Party.

“China is our foremost military adversary, but it also seeks to infiltrate our economy, universities, digital infrastructure and intelligence agencies. Congress should be focused on safeguarding each of these American institutions from the Chinese regime,” he said. – PTI

‘Thrust given on export of agro products, processed foods from Assam’ 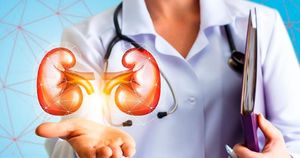