GUWAHATI, Jan 11: Geetanagar police arrested a bike lifter from RG Baruah Road on Sunday and seized four live rounds of .32 bullets, a pistol with magazine and a wire cutting tool from him, a police source said today. He was identified as Md Jeherul Ali of Tamulpur, Baksa district.

“Two bike lifters came to RG Baruah Road area to steal a bike yesterday. An input was received in this regard and a police team rushed to the spot. The team arrested Ali but his associate Lotif Ali managed to escape from the spot,” the source added. 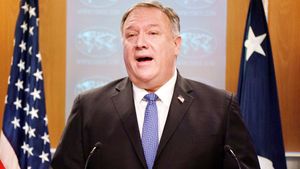 US Designates Cuba As 'State Sponsor of Terrorism'