Guwahati, Feb 15 (PTI) The Assam Congress on Monday said the chief of its ally AIUDF, Badruddin Ajmal, is not anti-Hindu and the BJP, which accuses him of being communal, had in fact joined hands with his party to run three district councils in the state.

Assam Pradesh Congress Committee (APCC) president Ripun Bora also exuded confidence that the Congress-led alliance will oust the Bharatiya Janata Party (BJP) from power and form the next government in the northeastern state.

The Congress has formed an alliance with the All India United Democratic Front (AIUDF), the Left and a regional party to fight the Assam Assembly polls that are likely to be held in April.

Bora, who was instrumental in stitching the opposition alliance, said Ajmal is a three-time Lok Sabha MP and people have seen his work and politics over the years.

The AIUDF is considered to have a large base among Assam's about-35-per cent Muslim population.

Bora, a frontrunner for the chief minister's post if the Congress-led alliance is voted to power, said the BJP has been saying the Congress has joined hands with the AIUDF, but the fact is that the saffron party itself had entered into a pact with Ajmal's party to capture powers in three district councils -- Darrang, Karimganj and Nagaon.

"The BJP has no moral right to lecture us on politics," he said.

The APCC president claimed that the BJP is "more communal" than any other party as it had formed a government in Jammu and Kashmir along with "anti-India forces" like the PDP, which "does not accept the Indian constitution and Indian flag".

"The PDP had declared Afzal Guru, who was hanged for the Parliament attack, a martyr," he claimed.

Asked about the number of seats the Congress is going to contest, Bora said of the 126 Assembly seats in the state, the party would field candidates in around 90 and the remaining 36 would be given to the allies.

He, however, said the seat-sharing talks are yet to be concluded as there are "surprising demands" from the partners.

Asked whether the Congress would find it difficult to regain popularity among people in Upper Assam after its tie-up with the Muslim-dominated AIUDF, the APCC president said his party was not in an alliance with the AIUDF in the 2016 Assembly polls but still got less seats there.

Bora said Prime Minister Narendra Modi visited Assam twice in the last one month but did not utter a single word about the CAA, which is a major issue in the state Assembly polls.

"The CAA is a major issue for Assam. But why is the prime minister silent on it?" he asked.

The CAA, enacted by Parliament in December 2019, proposes to grant citizenship to non-Muslim persecuted minorities from Bangladesh, Pakistan and Afghanistan.

According to the law, Indian citizenship will be given to the Hindus, Sikhs, Jains, Buddhists, Parsis and Christians from the three countries, who had come to India till December 31, 2014.

However, it contravenes the provisions of the 1985 Assam Accord, which says irrespective of religion, anyone coming from Bangladesh after March 25, 1971 would be deported from the state.

Because of this, Assam witnessed large-scale protests after the CAA was enacted.

Asked about the two newly-formed regional parties -- Asom Jatiya Parishad and Raijor Dal -- which refused to join the opposition alliance, Bora said the two parties will harm the ruling BJP and not the Congress.

"They are products of the CAA and going to fight the BJP," he said.

The Congress leader asserted that the party-led alliance will get at least 101 seats in the Assembly polls and definitely form the next government in Assam.

Asked about who would be the chief ministerial face of the alliance, he said it would be decided after the polls.

"No one will be projected as the chief ministerial candidate and it will be decided by the MLAs after the polls, with the approval of the (party) high-command," Bora said.

He also blasted the BJP-led government in the northeastern state for its "all-round failure" to fulfil the hopes and aspirations of people.

"Not a single section of the society is happy with the BJP government in Assam.

"We will form the next government in Assam. The BJP may try to polarise the electioneering, but it will not be successful," the state Congress chief said. PTI 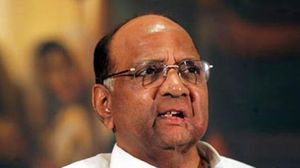 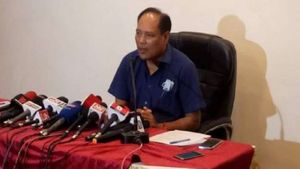