Melbourne, Feb 11: Defending champion Sofia Kenin crashed out of the Australian Open after suffering a straight-sets defeat to Estonia's Kaia Kanepi in their second-round contest here on Thursday.

Kanepi beat World No.4 6-3 6-2 in a match that lasted just 64 minutes to cause what has been the biggest shock of the women's tournament so far. This was her 13th victory over a current Top 10 player, eight of which have come at Grand Slam tournaments.

The 35-year-old Estonian veteran admitted she was nervous about the match-up.

"After my (first-round) match, I came off court, and I looked that she was winning. Maybe kind of broke down a little bit because obviously I remember I lost to her (in our previous meeting)," she said.

"She's obviously a tough player and she's playing big. We'll see how it's going to go," she added.

Kanepi has also won six of her seven matches this season, having reached her first WTA singles final since 2013 just last week at the Gippsland Trophy in Melbourne Park.

She will next take on 28th seed Donna Vekic. 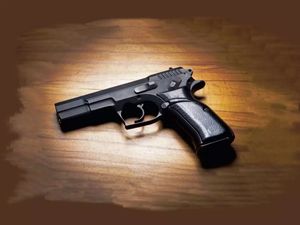 Licensees asked to deposit arms ahead of Assam Assembly polls