Addressing a press conference at Doomdooma Press Club on Wednesday, senior leaders of the Doomdooma branch of ATTSA said that since the majority of the voters of these three constituencies belong to the tea tribe community, hence, the political parties must field candidates from the community.

On the other hand, Babul Panika and Tokla Gowala, president and secretary of the Doomdooma branch of ATTSA, strongly opposed the ruling BJP’s proposed move to field Tinsukia MLA and Minister of State for Labour and Tea Tribes Welfare Sanjay Kishan as a BJP candidate from Doomdooma in the election. They said that BJP leadership must not change the constituency of Sanjay Kishan and he should be given the party ticket from Tinsukia again. Terming this move of the ruling party as unfortunate, the ATTSA leadership said that the saffron party is trying to make the tea tribe community politically weak.

“Now, we have our MLAs in Doomdooma and Tinsukia LACs. If the BJP nominates Sanjay Kishan to contest in Doomdooma against the sitting MLA Durga Bhumij, our community’s representation in the Assam Legislative Assembly will be reduced. We have two representatives from Tinsukia district. But, if Sanjay Kishan contests from Doomdooma, we will lose one MLA,”  stated the ATTSA leadership.

Guidelines for voting: Postal ballot paper facility has been provided to three categories of voters, including senior citizens, specially-abled and Covid-infected persons.

The process of form distribution by the booth level officer (BLO) has been initiated by the subdivisonal administration of Margherita constituency. 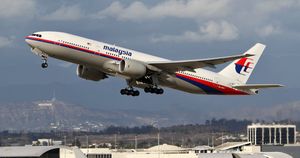