Assam to be free from floods, agitation, influx

Amit Shah at a rally in Margherita on Sunday. – UB Photos

DIGBOI, March 14: Sounding the poll bugle at Margherita in Tinsukia district on Sunday, Union Home Minister and senior BJP leader Amit Shah hit out at the Congress, and stated that agitation and infiltration in the state would be a thing of the past if the BJP is once again voted to power.

Addressing a poll campaign at the Rajiv Gandhi playground at Borgolai in Margherita, Shah urged the electorate to vote for the BJP’s Bhaskar Sharma in the first phase of polling on March 27 as the BJP government in Assam has made tremendous progress in the last five years.

Criticising the Congress for its alliance with the AIUDF, Shah said the grand alliance can never end violence or infiltration.

Shah said the Narendra Modi government was serious towards the development of the Northeastern states, and the BJP would make Assam flood-free in the next five years as the entire state has been surveyed through satellite imagery and a layout prepared to divert the floodwater to canals and reservoirs. He said land encroached by infiltrators at Kaziranga National Park and satras was cleared by the Sonowal government.

Himanta Biswa Sarma also slammed the Congress, saying that the party has no more substance.

Sonowal, meanwhile, said that located in a strategic position, Margherita would soon be known across the globe, hinting at the efforts of the Union government to reopen the historic Stilwell Road connecting Margherita’s Ledo to Myanmar. He said the process has already been initiated by Prime Minister Narendra Modi. He said this would create ample avenues for trade, cultural assimilation and jobs for the youths.

PTI adds from Nazira: At Nazira, currently represented by Congress Legislature Party leader Debabrata Saikia, the Union Home Minister said the opposition, despite efforts, will find no reason to accuse the BJP government of corruption.

“Chief Minister Sarbananda Sonowal and Minister Himanta Biswa Sarma have ensured that the days of violence, agitation and corruption are over and the ‘parivartan’ (change) to usher in development has begun,” he said.

In a jibe at Congress leaders who have promised doles to tea garden workers if elected to power, he said the party remembers these labourers only during elections. “Prime Minister Narendra Modi has already taken several initiatives to improve the lives and working condition of the tea garden workers,” he noted. 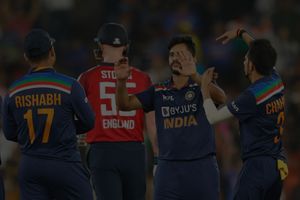