Silchar, April 1: The Cachar district administration has provided e-rickshaw facility to senior citizens having difficulty in mobility for travelling to the polling stations to cast their votes in the second phase of Assam assembly elections held on Thursday.

"The e-rickshaw facility has been provided to 60-plus voters in Cachar especially to those who have difficulty in mobility. They are also being felicitated for exercising their franchise," Jalli told PTI.

A record 201 polling stations, out of 1,834 in Cachar district, were completely managed by women officials. The figure is 20 times more than 2016 polls when all-women-run polling stations was just 10.

The district has about 12 lakh voters who are exercising their franchise to elect seven MLAs.

The first phase elections to the 126-member Assam assembly was held on March 27 and the third phase will be held on April 6. - PTI 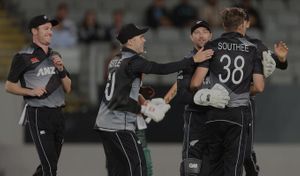