On February 6, 1971, the Apollo 14 mission commander Alan Shepard hit two golf balls across the lunar surface as one of the final acts of NASA’s third crewed moon landing. One of the balls was hit into a crater, but the other was said to have travelled ‘miles and miles’. The ball has been found in newly restored images – and it only travelled 40 yards.

A golf ball ‘lost’ by Alan Shepard on the moon that he claimed travelled ‘miles and miles’ has been found in newly restored images – and it only travelled 40 yards.

On February 6, 1971, the Apollo 14 mission commander hit two golf balls across the lunar surface as one of the final acts of NASA’s third crewed moon landing. One of the balls was hit into a crater, but the other was said to have travelled ‘miles and miles’ – at least that’s what Commander Shepard said. However, newly restored images of the Apollo 14 landing site suggest that his golf swing may not have been as successful as he first thought. In fact, the first ball came to rest 24 yards from Shepard’s ‘teeing off’ point, while the second flew a mere 40 yards.

The only footage of the swing was captured on a grainy video, but Andy Saunders, an image specialist, has painstakingly enhanced high-resolution scans of the footage from the lunar mission. He digitally enhanced scans of the photographic film and used a ‘stacking technique’, including smaller 16mm footage shot by the crew.

This allowed him to find the second ball – not seen in five decades – and work out that, rather than travelling ‘miles and miles’, it had moved a mere 40 yards. The newly-enhanced images will be among those included in Andy Saunders’ upcoming book, Apollo Remastered.

In some accounts, Shepard allegedly ‘smuggled’ the key part of his makeshift golf club up to the moon – hiding the head of a specially-adapted six-iron inside one of his socks to get it aboard the rocket. He went on to attach this head to the so-called ‘contingency sample tool’, a collapsible implement which the mission astronauts used to scoop up samples of lunar rock for analysis.

Given the inflexible nature of the spacesuit he was wearing, Shepard was only able to take a series of one-handed swings with the club/tool – perhaps explaining why the balls did not go far, even in the low gravity. “I would challenge any club golfer to go to their local course and try to hit a six-iron, one-handed, with a one-quarter swing out of an unraked bunker,” said Saunders. “Then imagine being fully suited, helmeted, and wearing thick gloves. Remember also that there was little gravity to pull the clubhead down toward the ball. The fact that Shepard even made contact and got the ball airborne is extremely impressive,” he concluded.

Following the ‘game’ of golf, Lunar Module Pilot Edgar Mitchell threw a lunar scoop handle in the manner of a javelin – and it settled in the same crater as Shepard’s first golf ball.

On returning to earth, Commander Shepard donated the ‘moon golf club’ to the museum of the United States Golf Association, who collaborated with Saunders on the image reconstructions. A replica of the club was also made and donated to the National Air and Space Museum in Washington DC. 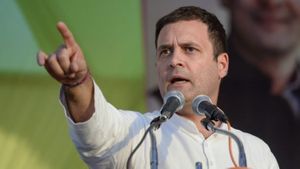