Coimbatore, Jan 29: A farmers outfit on Friday said large-scale agitation as is being witnessed in the National Capital and States seeking repeal of three farm laws introduced by the Centre is not a solution.

Instead, the farmers should form an organisation and decide themselves on the price of their produce, said Vellangiri Uzhavan, a farmer producer organisation (FPO).

The farmers can form FPOs and fix prices so that they need not depend on middlemen, mandis, traders or the government to market their produce, president of Vellangiri Uzhavan Kumar said here.

Established in 2013 through the Isha Outreach Programme, the FPO had a turnover of Rs 40,000 in the first year, which stood at Rs 11 crore last financial year and was expected to cross Rs 12.5 crore this fiscal, he said.

On the three farm laws, he said even earlier, restrictions have not affected the FPO and the new laws would not affect the riots as the prices and markets were decided upon by the farmers themselves.

Vellangiri Uzhavan Farmers Producer Company Ltd is the top-ranked FPO in Tamil Nadu and among the top 10 in the country. The income of the over 1,000 member-farmers had increased significantly since they joined the company, he said.

The company recently exported 15 types of vegetables weighing five tonnes to Qatar at a cost of Rs 4.5 crore, he said. – PTI 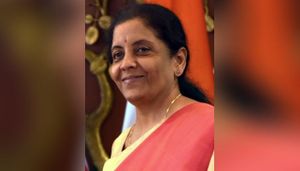 Did not incite R-day violence, rather helped police: Deep Sidhu