However, the main accused Diganta Chetia is still at large. SP Sivasagar ordered an inquiry into the case of a hijacked crude oil filled tanker (NL02 3291) and the tanker was reportedly recovered leading to the arrest of three persons on February 3. The trio was later released for reasons known only to them. Sinha told this correspondent that an investigation into the case is still on and hence details could not be divulged at the moment.

The four have been arrested u/s 379/401/285R/W section 3(2) PDPP Act 1984 R/W sec15(2)P & MP Act 1962. ONGC Assam Asset informed Sivasagar police about loss of the crude pressure from the Dimuwal GGS pumping machine since quite some time and the possibility of crude thieves being active in the area siphoning the crude illegally. Sivasagar police were on the look out for some clues to burst the gang of thieves. It may be noted that the gang, as usual, takes the help of ONGC’s own personnel and also the local VDP party members that patrol the area at night. 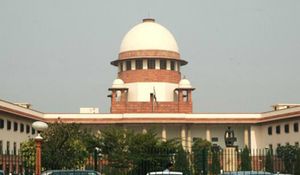