Looking back, around this time, last year... I vividly remember one particular day. It was a bright and lovely morning in Ambikapur, Chhattisgarh. The main purpose of my day was to visit the team of Sangwari Khabariya – the revolutionary agents of change, who are making their own name in the field of alternative media for social change. Well, until that day, I had only studied and discussed about this particular community media group in my university. Hence, I was delighted to get a chance to meet them personally, thanks to my internship with UNICEF, Raipur.

To begin with, Sangwari Khabariya is a collective of adolescent children from marginalised communities in Chhattisgarh. This group of citizen journalists trained in basic journalism and child rights bring forth the issues affecting them and safeguard their rights and also of other children as well. Sangwari Khabariya, which means ‘Friendly Reporters’, have paved the way to establish an alternative media, which is easily accessible, comprehensible and which transfers the power of the media in the hands of children. It is an attempt to advocate for children’s rights in the true spirit of ‘by the children, of the children and for the children’. Sangwari Khabariya is a collaborative effort of UNICEF, Children as Media Producers (An initiative by the Department of Communication, Hyderabad Central University) and the Manav Sansadhan Sanskriti Vikas Parishad (MSSVP).

Upon my arrival in the main office of Sangwari Khabariya, I was received by Manoj Bharati, Secretary of MSSVP. Once inside, I could see that the members were busy discussing something in one of the rooms. As we stepped in, they stood up on their feet and immediately greeted us with warm smiles. In order to ease the conversation, I asked them, “What were you all discussing... is it about the next story that you are planning to work on?” One of the senior members promptly replied, “Yes, Ma’am. We were discussing which were the relevant issues from our local areas that we could consider building a story on.”

Most of their topics or stories are based on extensive field visits, community dialogue and their interactions with the stakeholders. They have reported on issues like the practice of untouchability (especially among children), cases of school dropouts, alcoholism among adolescents, superstitious practices like witchcraft, ill-effects of smartphones, menstrual hygiene, plus infrastructural and institutional issues like roads, bridges and drains.

The very purpose of participatory communication or media is to enable the audience in a way in which they can play an active role in the process of collecting, reporting, analysing and disseminating content. And Sangwari Khabariya is a perfect example of it. Here the children from marginalised communities are playing the role of changemakers and influencers with the help of the visual medium, where the camera, mic/boom and a few editing tools are acting like subtle weapons of empowerment for these children. There are screenings too at both the administrative and community levels – which help to address the issues of local interest, and many times they do arrive at a solution. Raveena, a young girl, shared one such positive outcome when, due to their coverage of the incompetent infrastructural connections in their area, new bridges and roads were built. In another instance, they reported on the absence of a working peon in the local school, and soon new appointments were made. Over the past five years, the members have not only witnessed a change in their surroundings but it has also been reflected on their individual selves. Arti Kirkita said, “Due to my active work in this organisation, my locality actually looks up to me and I am adored by my close ones.”

Sangwari Khabariya has proved that a tool of communication, along with some rigorous discussion, can not only lead young people to voice their ideas but also help them perceive their own society in a different way. They can also start identifying themselves as responsible youth of the society who can influence great change. 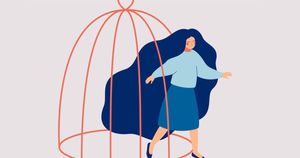 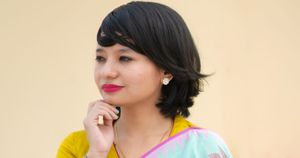