IMPHAL, Feb 15: After closing down for more than 10 months, the Nupi Keithel, one of Asia’s largest all women-run market, located in Manipur’s state capital, was formally reopened for business today.

Manipur Chief Minister N Biren Singh, three Cabinet ministers and others were present during the reopening function of the iconic women-run market in Imphal.

The Manipur government announced the closure of Nupi Keithel which has three market buildings on March 21, 2020, as a preventive measure amid the COVID-19 pandemic outbreak. Speaking on the occasion, Chief Minister Biren Singh announced that women vendors of Nupi Keithels would be exempted from vendor licence fee for the year. The government took the decision considering the hardship faced by the women vendors during the COVID-19 pandemic as the market remained closed for nearly a year, he added.

According to reports, more than 3,500 licence-holding women vendors sit at three Nupi Keithel market buildings in Imphal and each vendor pays around Rs 90 as monthly fee. Stating that the pandemic had made humans learn a lesson about the importance of preserving the nature, he called for a change of our mindset and move towards a clean environment to prevent mankind from such other diseases in future.

He also urged the officials of urban development authority to supply garbage bags to women vendors so that garbage and spoiled vegetables could be collected for proper disposal.

Biren also asked the women vendors to allot a day to the government once in a month for maintenance and cleaning work of the market areas.

Meanwhile, many women vendors at the Nupi Keithel expressed their happiness over the reopening of the market saying that they’ve no word to express their happiness.

Last month, an independent researcher in Imphal had even claimed that the shutting down of Nupi Keithel might have caused a minimum loss of Rs 3,879 crore to vendors in the last about 10 months. 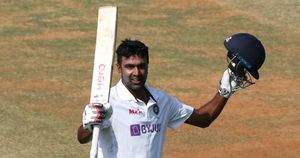