As part of the plan, a 1400-km inland waterway will connect Haldia in West Bengal with Varanasi in Uttar Pradesh. From Haldia, the route will be developed up to the Sundarbans from where it will be taken to the Brahmaputra (800 km). Further, Sonamura in Tripura will be connected to Haldia through the Chittagong port in Bangladesh.

Of the total 4000-km proposed inland waterway, India will bear 80 per cent of the costs, while Bangladesh will fund the remaining 20 per cent works.

“Assam and Tripura will be connected with the rest of the country to ensure seamless trade and business. Once the route is operational, agricultural produce of the entire North East will be shipped to the rest of the country and even beyond India. This will ensure better trade for the farmers of the region,” Mandaviya said at a press conference here.

The Union minister, who arrived here today to highlight the General Budget for 2021-22, met Chief Minister Biplab Kumar Deb and discussed the proposed inland waterway from Sonamura to Daudkandi (Bangladesh) which will connect Tripura with Haldia through the Chittagong port.

Later, Mandaviya, accompanied by MP Pratima Bhoumik, visited the floating jetty at Sonamura of Sepahijala district. “If everything is right, the Sonamura-Daudkandi waterway will be made operational by 2022 as the requisite funds have been sanctioned in the Budget,” he said.

Mandaviya said he had a word with the Chief Minister on the protocol route from Sonamura to Daudkandi. “We are targeting the Chittagong and Mongla ports in Bangladesh because agricultural produce could be exported to the Middle East from the Chittagong port easily,” he said.

Meanwhile, the Union minister highlighted the Budget tabled by Union Finance Minister Nirmala Sitharaman. “It will boost the country’s economy as the COVID-19 pandemic has literally damaged the economy. The GDP growth target is 11 per cent, which will be good for the country if it is achieved,” he added. 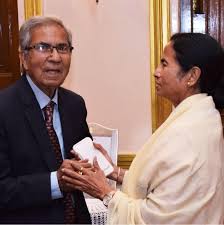 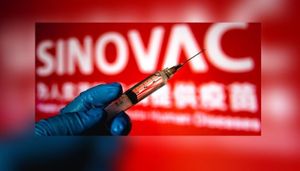 China gives approval for broader use of Sinovac vaccine