Born on April 1, 1934, Das was first introduced to Assamese films in 1956 in the Dr Bhupen Hazarika-directed Era Bator Sur. In the years to come, he acted in 32 films and nine serials and eight teleplays with some of the noteworthy films being Lakhimi, Kachghar, Santaan, Paap Aru Prayaschitta, Palashor Rong, Niyoti, Upar Mahala, Moinajaan, Anthony Mor Naam, Raja Harischandra, etc.

Das performed in over 100 stage plays with some of his most appreciated performances being in Rakta Karabi, Agamani, Nimati Kanya,etc. He last acted in the Sitanath Lahkar-directed film Ei Matite of 2017.

Das was awarded the best actor award at the National Drama Festival in 1968 for his role of Kalu Gunda in the theatrical play Agamani. He was also a recipient of the Assam State Film Festival Award for lifetime contribution to Assamese cinema (2007), Bhupen Hazarika Memorial Award (2011), Tarun Duvarah Memorial Oil India Award for lifetime contribution to Assamese film and theatre industry (2011), to name a few.

He leaves behind his wife, two daughters and a son. His last rites were performed at the Bhootnath crematorium. ‘Spl court to expedite settlement of cases against NDFB cadres’ 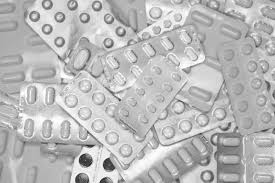 BGR-34-allopathic drug combo may be effective in diabetes control: Study