KAJALGAON, Jan 28: A veteran student activist of the All Bodo Students’ Union (ABSU), who has been staying at the Kokrajhar ABSU office for the last 22 years as part of his service to the student body, believes that the present Bodoland Territorial Council (BTC) chief, Pramod Boro, who is also a former ABSU leader, will fulfil the dreams of Bodofa Upendra Nath Brahma.

“In 1992, during the ABSU movement, its then leader Biswajit Daimary, who is now a member of the Rajya Sabha, was delivering a speech at Uttar Betna High School in my locality. I was moved by his speech and decided to join the ABSU so that I can do something for my community,” said 45-year-old student activist Moneswar Daimary of Pukhuripar in Baksa district.

In 1998, political and ideological differences came up between the National Democratic Front of Boroland (NDFB), which demanded a sovereign Boroland, and the ABSU, which continued its movement seeking a separate Bodoland state. In its reaction, NDFB militants opened fire at the ABSU office at Goreswar and injured a few members of the student group, Moneswar recalled.

“Since I was an active ABSU member in that area, the NDFB militants picked me up and took me to their office. They told me that my activities had harmed their outfit and so they would kill me. After I managed to counter their argument and asked them to announce my execution to the people of my village and my parents, they released me,” Moneswar said.

Later, while he was taking shelter at the ABSU office at Rangiya, police picked him up and accused him of being a member of the Bodoland Liberation Tigers (BLT), another militant group and rival of the NDFB. Police later released him after being convinced that he was innocent.

A few days later, police again nabbed Moneswar from Pukhuripar area on the charge of being a BLT cadre, but released him yet again. “Soon after, I reached the Kokrajhar ABSU office to stay there as per the advice of Biswajit Daimary,” he said.
He served the student group as cultural secretary under presidents Urkhaw Gwra Brahma, Rabiram Narzary, Rwngwra Narzary as well as Pramod Boro. He has been guiding the organisation as an adviser for the last eight years.

According to Moneswar, when Pramod Boro became the ABSU president, he adopted the ‘Gandhian ideology’ of non-violence in order to fulfil the vision of Bodofa UN Brahma. Later, as per the advice of some Gandhian ideologues, Pramod Boro decided to join politics and signed the Bodoland Territorial Region (BTR) accord on January 27 last year as the president of the United People’s Party Liberal. He won the 2020 BTC polls and formed the council in alliance with the BJP and Gana Suraksha Party (GSP).

Moneswar believes the implementation of the BTR accord under the leadership of Boro will bring in comprehensive development for all communities in the region. 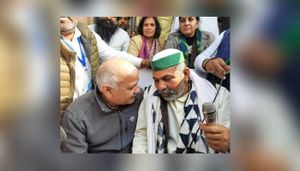